Klopp Tasks Mane, Salah To Up Their Game 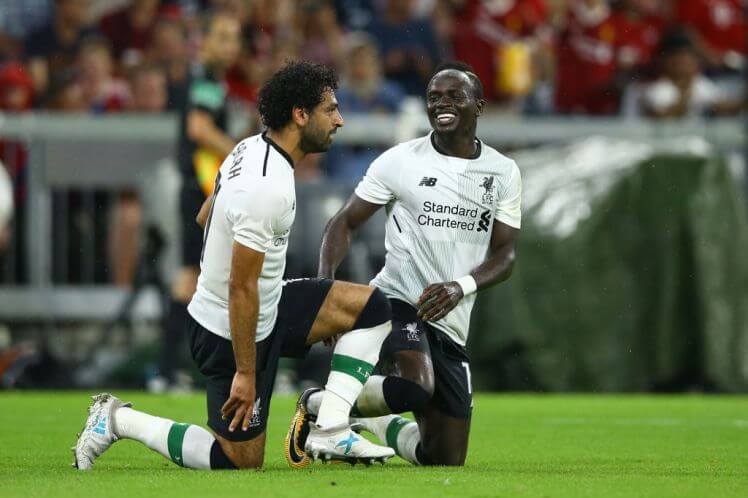 Liverpool manager, Jurgen Klopp has demanded improvements from both Sadio Mane and Mohamed Salah with the new season just around the corner.

This came in the wake of the side’s 2-0 win over Bayern Munich in their Audi Cup encounter where both players were on target but the manager had urged them not to rest on their oars ahead of the new season.

The Egypt international who joined the Anfield outfit this summer has been amazing in the pre-season and his Senegalese counterpart recently returned from injury has picked off from where he left off to the delight of his gaffer.

“We won 3-0 but I don’t like running around saying: ‘How good was this?’ because it wasn’t. In a few parts of course it was good, in a few other parts everyone saw that Bayern had the ball too often and it was too easy to play through our lines. I cannot ignore this.

“Of course they [Mané and Salah] are both good but they don’t need to know it all the time when they play together, with Phil Coutinho behind as well to play all the passes for them to run in behind.

“Football is not that easy so I don’t want to talk about this. Yes it looks good but they need to get fit and stay fit and hard and resistant because the season will be difficult.

“That is what we are preparing. I have to speak about things that are not good because I see it.”

Klopp Tasks Mane, Salah To Up Their Game was last modified: August 2nd, 2017 by Damilare Salami