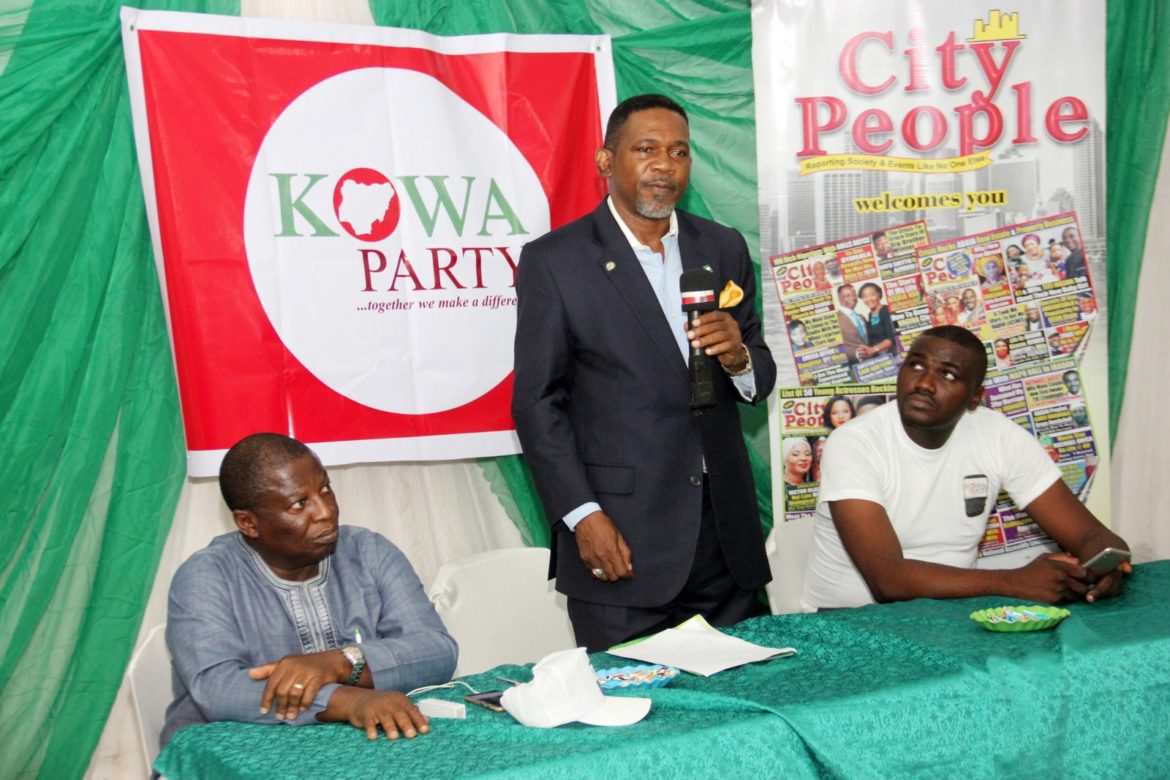 In a bid to further strengthen his moves to become the next president of Nigeria in the 2019 election, KOWA party presidential aspirant, Mr. Sina Fagbenro Byron stormed City People magazine corporate office where he delivered a speech to explain why he wants to be Nigeria’s first citizen.

Mr. Byron who doubles as a diplomat and a trained lawyer revealed that he has what it takes to pull Nigeria out of the mess the country is presently because of his accumulated experience as an international observer in the last general election and a development consultant to several federal and state government agencies.

He was employed by the UK government in 2001 as a member of the Department for International Development (DFID) and ended up being the Lagos and South West head before he resigned his appointment to run for Nigeria’s topmost position.

While addressing press men, politicians, KOWA party members and several other people in attendance at the parley, SBF as he is politically called said his government shall be that of inclusion, saying women and youth are key to national development and he is ready to end the divide and rule politics currently practiced in the country.

The 59-year-old intelligentsium, who passionately spoke about how Nigeria has been ripped off her glory despite being endowed with both human and natural resources said that his area of focus if elected as the president of Nigeria would be free and compulsory education for all youths and children because education and re-orientation are the only ways to solve the problem of corruption and social vices.

Talking about his dream Nigeria, Mr Byron takes security of lives and properties, employment for all youths, ideal international relations; poverty reduction to the barest minimum and availability of affordable food for all as his primary focus.

Conclusively, he urged all Nigerians to come out of deception, take the chance to recreate a Nigeria they desire to see by voting for KOWA party because his party is the party that upholds fairness, justice and frowns development and frowns at godfatherism.