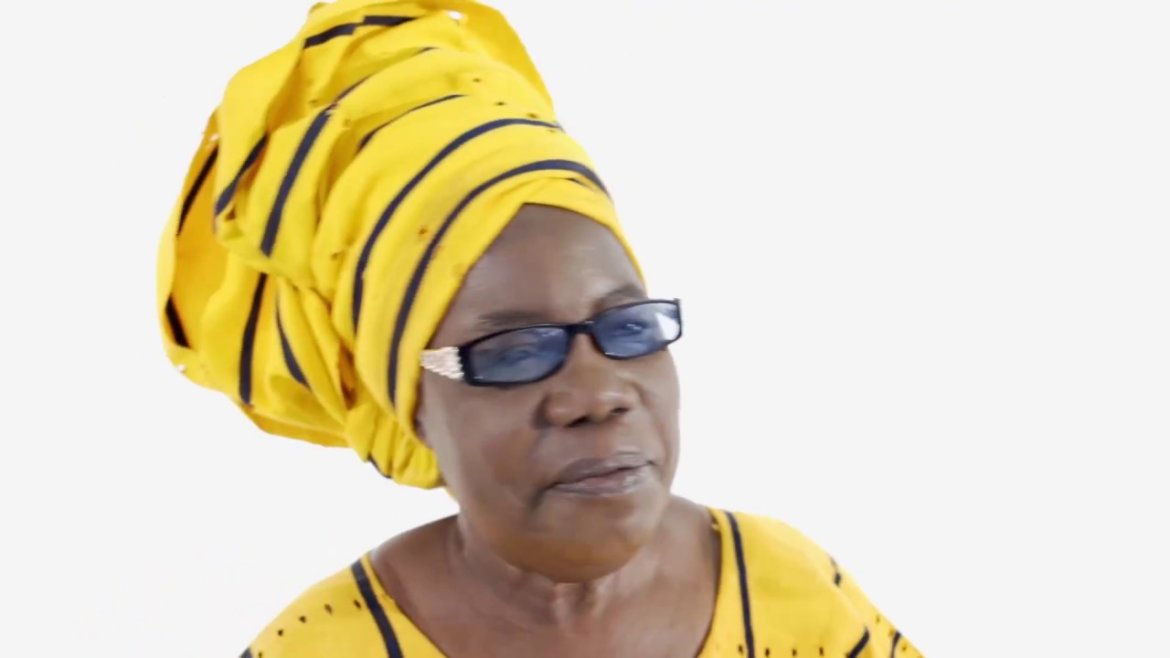 It was indeed a day to always remember as world famous veteran gospel singer, Evangelist Bola Are gathered industry icons and veterans to celebrate the 40 years of her Baba Eku Ise hit song and first album that launched her to stardom after it was released in 1977. The event was held at Jogor Center (Hall of Grace), Opposite Liberty Road, Oke Ado, Ibadan, Oyo State, on Saturday 4th November 2017. City People GBOLAHAN ADETAYO was at the event and he serves you the full gist of what went down at the star studded event.

Bola Are as a brand showed good time management at the event. Unlike other events that will be slated for 10am but would not kick off until 3pm, Mama Bola Are’s 40 years of Baba Ku Ise event was scheduled to hold by 10am and at exactly that time, the event was declared opened by the Masters of the ceremony.

The event, took place at Jogor Center {Hall of Grace}. From the entrance of the event, you need not be told that the celebrator is not just a gifted musician but an inspiration to generations. The premises was filled with large crowd who couldn’t get a seat for themselves due to the massive turn-out of guests. Apart from the special guests, the seats were arranged in Cinema settings, with screens at different corners to showcase what was going on stage.

The presence of the family of the late theater icon, Alagba Adebayo Faleti was well recognized at the event. They were led by Baba’s wife. They came out to support the grandmother of gospel musicians in Nigeria.

Though, he was not physically present but his presence was felt though his representative. He was represented by one of his commissioners known as Adekunle Ige, who spoke and delivered the governors message to the congregation when he was on stage.

The executive governor of Kwara State, His Excellency, Abdul Hammed’s beautiful wife, Her Excellency Deaconess Omolewa Ahmed, showed some love to the veteran musician. The women leader, a doting mother and a mentor, despite her busy scheduled, did her best to be part of the event.

Though, he was also not at the event but the Deputy Governor of Central Bank of Nigeria (CBN) Mr. Adebayo Adelabu popular known as Penkelemes honoured Mama Are by sending in his representative.

YINKA AYEFELE’S WIFE DISPLAYED HER OTHER SIDE ON STAGE

The beautiful wife of renowned Gospel singer, Yinka Ayefele, Temitope Titilope Ayefele showed her other side when she was called on stage to speak. Despite the fact that her husband is a public figure who faces crowd on a daily basis, Temitope made the public know that she is a very shy woman. She mounted the stage with courage and delivered the message her husband sent her. According to her, “My husband would have loved to be here but he has a paid show which he is honouring at the moment”.

There was a fund raising to build a befitting school for Bola Are’s Foundation. According to what we gathered at the event, the foundation has been in existence since ten years ago, and a particular town in South West has given the founder plots of land to build the music school for the foundation. Guests at the event were charged to raise funds and donate to the project.

The Chairman of Bola Are’s Foundation is no other than popular Prophet Timothy Funso Akande, the presiding Pastor of Christ Apostolic Church (CAC), Ori Oke Baba Abiye, Ede, Osun State. As the event proceeded, the respected man of God later came out to share with the guests how he got know Mama Bola Are. He was also one of the awardees at the event.

This is indeed a special moment for both the celebrator and the aspiring gospel artistes who took their time to be part of the event. The MC of the event invited on stage popular Gospel singer, Evangelist Toun Soetan for her performance, but this segment took another shape when she mounted the stage and revealed to everyone what God told her about the event. According to her, God said I should invite to this stage all the aspiring music acts in the building to come out with N1,000 offering to bless the celebrator. Thereafter, Mama Are should bless them all with prayer”. Without wasting time, the upcoming gospel singers trooped out. When mama got to the stage, she also revealed that God said she should sing along with them which they did. This part lasted for minutes with praise songs and prayers.

“WHY BOLA ARE IS GREAT”- Baba Abiye Revealed

The biography and the new album of Baba Eku Ise by Evangelist Bola Are was unveiled and launched at the party with several Nigerian dignitaries in attendance to launch it. One of them was the Chairman of Bola Are’s Foundation who is no other than popular Prophet Timothy Funso Akande, the presiding Pastor of Christ Apostolic Church (CAC), Ori Oke Baba Abiye, Ede, Osun State. Shortly before he lunched the book and the album, he revealed to the audience why Bola Are is great. He said, “Before I became close to Mama Bola Are years ago, God revealed to me why he uplifted her overnight. She granted one interview at her early stage and the reporter asked her how she got the inspiration to compose that particular album in that year. Are said she knew nothing about it because it was all from God. She kept referring to God and for that reason; God has been taking her to places. What do I mean; her humility took her to where she is today”.

This was the moment that many of the upcoming gospel singers who were at the occasion were waiting for. Forms to study at Evangelist Bola Are’s School of Music were made available at cheaper rate of N2000 at the venue.

OBA OF ERIO EKITI MADE IT

The Paramount Ruler of Erio, Ekiti State where Madam Bola Are hails from made it to the event. He also took his time to mount the podium to share how he met her many years ago in the ministry before he emerged as the king of his town.

EVANGELIST BOLA ARE GOES TO JERUSALAM IN DECEMBER

That is a promise from one of the traveling agencies located in Ibadan known as You Fit Fly owned by Woli Isiah Alade. This was announced time without number that the woman of substance and Prophet Timothy Funso Akande will be sponsored by the company for a trip to Jerusalem come December 2017.

WHY LATE OBADARE’S FAMILY WAS ABSENT

In most of her songs, Bola Are has always been talking about late Prophet, Baba Obadare, referring to him as her second father. But it came as a surprise that none of his children made it to the event. Thereafter, Mama came out to clear the air that Pastor Paul Obadare initially planned to attend the event but he was forced to travel to Germany a few days to the event to handle some project in their Germany assembly. He sent pastor Omosebi to represent him and receive the award that was given to his late dad.

Bishop Mike Bamidele, of Victory Life Ministries International, a prolific writer, who has over forty-five (45) inspirational and spiritually informative books to his name received a post humour award on behalf of late Benson Andrew Idahosa affectionately called PAPA or BABA by his followers. He was a Charismatic Pentecostal preacher, and founder of the Church of God Mission International with headquarters in Benin City, Edo State.

This was indeed a touching story. Evangelist Bola shared the story of her late driver of 17 years without accident. She said the man had on several occasion saved her life. He was living in her house for 17 years before he was convinced by deceitful people to leave her. Shortly after, he met his waterloo. He honoured him with an award which was received by his daughter. Other awardees at the occasion includes Pa Jacob Ladokun, Pastor Kenny Fashipe, Emili Jojolola, Tobi Model, Rev. Junior Oluseye, Samiu Kayode Abiara,Micheal Ojo Olowore, Baba Joshua Odubola and many others.

Popular Ibadan based Christian Dance/Drama Trope, Christ Chosen Drama Ministry, headed by Femi Ajewole stormed the stage to wow guests with their dance drama which changed the atmosphere within 20 minutes. They really gave a good account of themselves.

Popular Gospel singer, Bukola Senwele Jesu, who stormed the event with her husband, also thrilled guests with her sonorous voice.

These Juju Music maestros showed why they are so hugely respected and loved. Evangelist Ebenezer Obey Fabiyi was the first to perform and he excited and thrilled the over 3000 guests with his music. The Chief Commander as he is fondly called soon called King Sunny Ade to and join him on stage to dish out some of  their old hits which got the crowd excited. Their performances were unique. Obey praised KSA who later opened his purse to spray Chief Commander Money in bundles.

Where Are These 60 IBADAN Society Women...