Home Magazine How KUNLE SONAME Made Bet9ja No 1
MagazineSociety 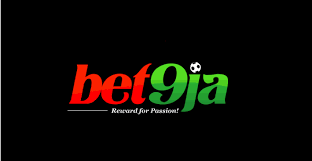 Starting a business in Nigeria is a big challenge. And achieving success under any circumstance is a great accomplishment. Kunle Soname, overcame some obstacles to establish his sport betting platform, he didn’t just stop there, he ensured it was the leading platform in Nigeria when it comes to sport betting.

Mr Kunle Soname is a football fan who has passion for the game. It may also interest you to know that he is the owner of Remo Stars Football Club and in 2016, he became the first Nigerian to own a European club side when he bought Portuguese second division side, Clube Desportivo Feirense. This has really brought awareness to his popularity and that of bet9ja.

You may wonder why bet9ja is used by many punters (a person who gambles, places a bet, or makes a risky investment) and how they were able to gain popularity over a short period of time when they came into the betting industry in Nigeria. Well, the reasons are not far-fetched.

When sport betting was first introduced in Nigeria, it was strictly online and all betting were done via a website. Nairabet is the first legal sports betting company in Nigeria and the first to come up with a fully functional website. That is, a website where you can actually deposit money, place bets and make a withdrawal. There was none before them.

Nairabet was launched in 2011, 2 years before Bet9ja and in its first 3 years of operation, the betting platform became so powerful. As expected of every new venture, the idea of “Putting your money where your mouth is” was floated among soccer crazy Nigerians, especially among EPL, La Liga, Lique 1 and Serie A to test the water. The response was amazing! The turnover was so great that other organizations and individuals started launching their own sport betting platform in Nigeria. This was the opportunity Kunle Soname dwelled on to establish what is now Nigeria’s biggest Sport Betting Platform, Bet9ja.

Kunle Soname, who turned 50 last year is a politician, business mogul and sports enthusiast. His approach to setting up a sport betting company in Nigeria after several others had been created was well planned as he studied the business and decided to meet the demands and challenges of the sport fanatics who bet. His love for football was another added advantage.

Kunle Soname, who hails from Remo, Ogun State can be classified as one man who loves his root. He is a proud son of the soil and this is evident from the things he’s done and ways he has invested so much in Remo, Ogun State. Soname started off his Bet9ja platform in the Sagamu area of Ogun State, a region that serves as a border between Lagos and Ogun State. He didn’t just kick off in Sagamu on a small scale, but he played it big in the area as Bet9ja became a household name in the area.

Bet9ja started out by gathering agents and opening outlets for them all around the area so that sports fanatics could easily walk into the nearest shop and play offline. The advantage of playing offline was well accepted by the locales as the use of internet to go online wasn’t yet fully embraced as at then due to the cost of data subscription.

On 10 September 2013, Bet9ja signed a shirt sponsorship deal with Remo Stars F.C. during the official unveiling of Bet9ja.

This served as a boost for Soname’s new venture as he was able to gather quite a huge amount of fanbase to his venture right from its launch.

Soname didn’t just stop at that, he knew so well he had to spread out of Ogun State to other parts of Nigeria. Bet9ja became the official sponsor of the Nigeria Women’s Football League after a memorandum was signed between the two parties in June 2015.

The Bet9ja team have constantly been working hard by adding new features to their platform that would excite sport lovers and punters. Bet9ja, in a bid to capture more punters and increase their fanbase, introduced a “bonus” upon registration on their online platform. Now new subscribers get double the amount on their first deposit after registering/opening an online account with them. The bonus system really did help them as a lot of punters on other platforms immediately opened accounts with Bet9ja. An idea turned opportunity to stake more with less – Everyone was a winner even when you lose.

Kunle Soname’s top 3 major strategies in taking Bet9ja upfront of all those who started the same business before him are not far-fetched.

Strategy 1 – He was able to read the immediate challenges of punters in playing online via a website and introduced the offline play. Before Bet9ja, a lot of Nigerians would have to visit an agent to open a betting account online. This came with the challenge of having to see that the agent does everything for you, from the account registration to deposits and more, but Bet9ja was able to counter this challenge for punters with his client-offline play mode, where punters could play directly at shops without the hassles of owning an account and receive their winnings immediately from the same shop/outlet.

Strategy 2 – Just like its slogan, “Reward for Passion”, Kunle Soname harnessed his love for sport and his publicity experience in politics to create another result yielding plan. Owning Remo Stars, being the first Nigerian to own a European football club and also being the Marketing Committee Chairman Of Nigeria National Football League was an advantage for the sport fanatic. Combining these with his experience in politics as the Executive Chairman of Ikosi-isheri Local Council between October 2003 – October 2011 gave him his desired result. Kunle Soname was able to blend both roles into ensuring that Bet9ja became not just a success but a leading brand in the sport betting platform. He made Bet9ja the official sponsor of both his local and foreign club. He also extended it into the women local league in Nigeria. Bet9ja in addition became the first sport betting platform to endorse a Nigerian veteran footballer and sport reporting pundit, Victor Ikpeba as its major ambassador. All these created a massive awareness for the brand.

Strategy 3 – Going online and expanding the staking privileges of punters was his major winning strategy. While other betting platforms stuck to the regular options for football betting, Bet9ja created more options for punters to stake their money on. They also gave a 100% reward for new customers as stake bonus upon registration. He increased the potential winnings for punters to 40 Million, the highest so far in Nigeria and his most recent inclusion is the “Cash Out” option where punters could withdraw their present winning(s) within matches if they feel their odd of winning is slim from the ongoing stake result.

There are good businessmen and there are bad ones. It is a fact that a successful business requires a good businessman to run it. A business will not be a thriving one if the businessman is not dedicated and lacks the leadership qualities necessary for success. The business is sure to fail if the businessman does not possess certain qualities. With the above qualities listed out and the few strategies that we have pointed out, it is evident that Kunle Soname possesses much more to not just be the CEO of Nigeria’s leading sport betting platform but to remain a market leader in it for time memorial.

How KUNLE SONAME Made Bet9ja No 1 was last modified: January 22nd, 2017 by Daniji Emmanuel

K1 Emerges The Most Sought After FUJI Artist In 2016