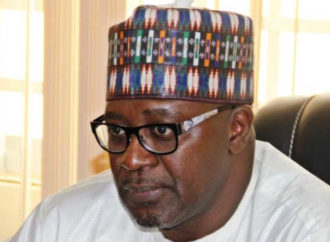 Ilorin-The stakeholders in All Progressives Congress (APC) in Kwara state may have settled for Alh Modibbo Kawu as its preferred candidate for the gubernatorial primary ahead of today’s exercise.

The choice of the Director General of Nigeria Broadcasting Corporation (NBC) according to Vanguard investigations was arrived at, following extensive screenings of all the aspirants by the two committees involved in the assignment.

The duo committees are that of APC elders which involved Barrister Sambo and Dr Amuda Aluko among others and the other one which involved Chief Cornelius Adebayo and other leaders from the three senatorial district, which screened all gubernatorial aspirants across the political parties, excluding that of the ruling Peoples Democratic Party (PDP).

Vanguard further gathered that the choice of considering aspirants from Kwara north despite the loud campaigns from the zone that it was its turn, was reportedly jettisoned because Kwara north has the least votes among the three zones to produce.

Another factor, according to Vanguard findings was the choice of Hon Abdulrazaq Atunwa of Asa local government from Kwara central as the candidate of the ruling Peoples Democratic party (PDP), where the bulk of the votes in the state are.

Vanguard further gathered that the choice of Alh Modibbo Kawu, was because he’s confirmed to be deep rooted in the politics and traditions of Ilorin emirates, and more importantly that he’s the only aspirant that cuts across the three senatorial districts among others.

Vanguard investigations further revealed that Modibbo, very articulate ,sartorial, bold and daring broadcaster, is the only aspirant among others that could stand tall against the candidate of the ruling Peoples Democratic party (PDP) in the state, and send jitters down the spine of the Sarakis because of his unrepentant opposition to the political rulership of the dynasty over the years.

Modibbo, with the needed support from all and sundry is believed would demystify the Sarakis dynasty and liberate the state from Saraki political grip.

Contacted, a member of the committee,who craved anonymity confirmed these development in an interview with journalist in ilorin .

According to him,”This time,around its not about personality because we realised from our interactions with them that all our aspirants are eminently qualified to be governor of this state.But the reality is that there is one seat and its for one person. So,we a good hand from kwara central, who can pull the stunt to defeat Saraki and his so called structure in kwara,and we agreed on him,though its not supposed to be in the public domain yet