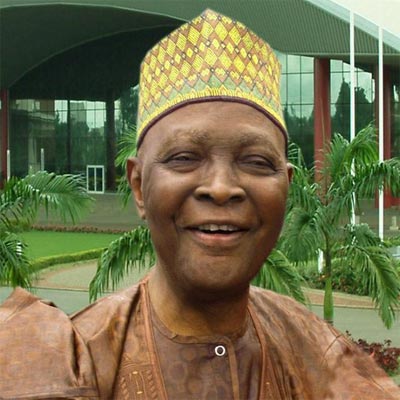 The state governor, Abdulfatah Ahmed, made the announcement in Ilorin at the inauguration of the Sola Saraki Educational Foundation.

Mr. Ahmed, who declared that the Kwara State University, KWASU, would henceforth be called Sola Saraki University, explained that renaming the university was a better way of immortalising the late politician.

According to the governor, the late Mr. Saraki was an “outstanding politician, mentor and philanthropist”.

The governor said Mr. Saraki, who bore the title of Waziri of Ilorin, had immense love for education as evident in his contributions to the building of several primary and secondary schools across the state.

While commending the initiator of the Sola Saraki foundation for complimenting government’s efforts in making education accessible to all, the governor called on individuals and corporate bodies to invest in education as a way of securing the future of the children.

Mr. Ahmed donated N15 million for the takeoff of the foundation.

Born on May 13, 1933 in Ilorin, Kwara State, the late Mr. Saraki was until his death regarded as the “strongman of Kwara politics”.

He first ran in the 1964 parliamentary election for Ilorin as an independent candidate, but lost.

After the election, he returned to medical practice in Lagos, only returning to party-politics in 1978/79.

In 1977, Mr. Saraki was elected as a member of the Constituent Assembly that produced the 1979 constitution.

In 1979 he was elected a Senator of the Second Republic, and became Senate Leader. In 1983 Mr. Saraki was re-elected into the Senate on the National Party of Nigeria (NPN) platform.

Mr. Sakari died on Wednesday 14 November 2012 in Lagos at the age of 79 after a battle with cancer. He was laid to rest in Ilorin.

Who Makes Champions League Next Season In England?