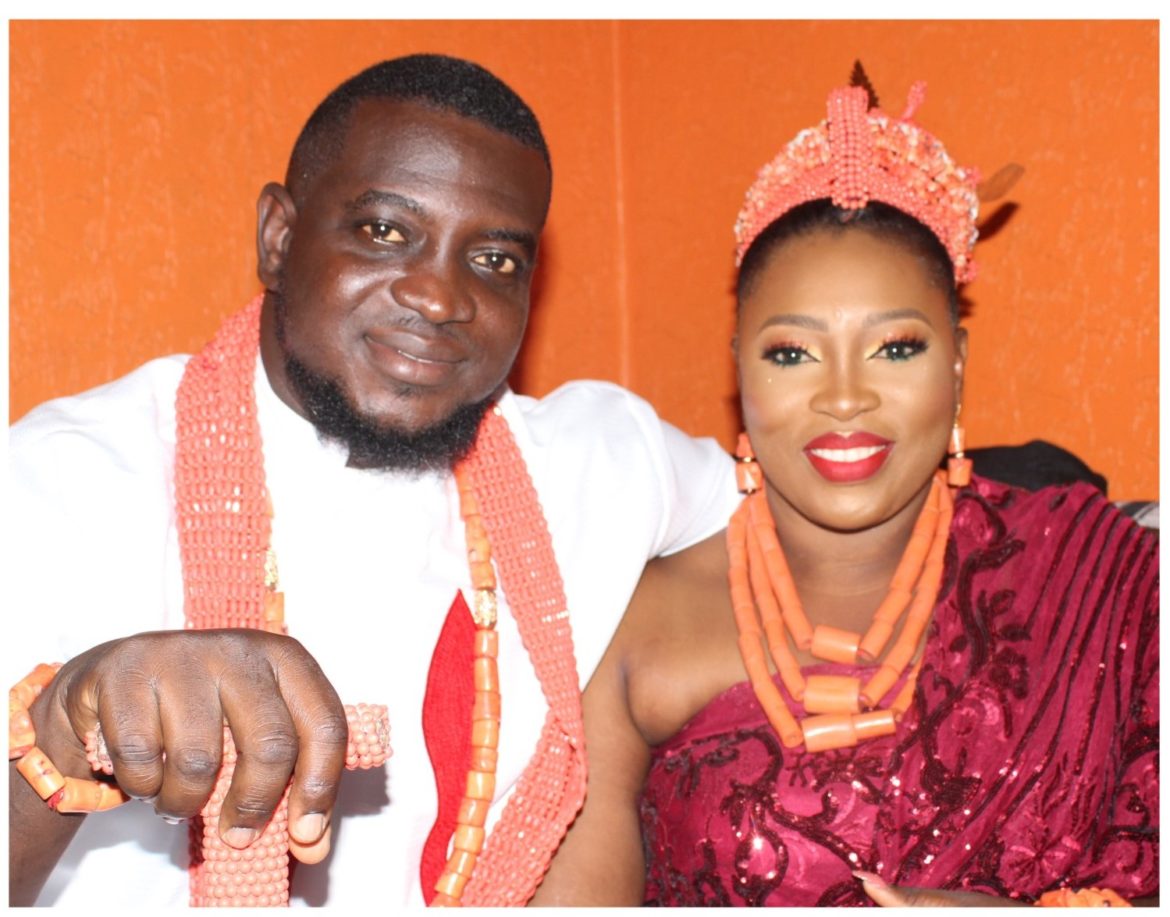 Saturday 13th July 2019 marks a new beginning of bliss and union for the families of Mr & Mrs Airhuyuwa Nathaniel Alohan and Late Mr Adebayo &Mrs Remi Balogun as they joined their children, Omorehia princess Alohan and Adedayo Roland Balogun in a traditional marriage ceremony. It would remain an unforgettable day for both families as their children found love in each other arms. The two venue grand wedding witnessed the high and mighty of the society from different sectors which includes telecommunication, businesses, media and politics to mention a few. It started with payment of bride price and dowry at the resident of the bride’s parent in Gowon Estate. The couples were dressed in the Benin cultural attire as they observed the traditional rites of marriage in the presence of elders from the two families. Shortly after, they moved to one of the classy event centres for the traditional wedding.

The ambiance at the Blue Desol Event center was second to none. The hall was beautifully decorated in blue and white to correlate with the dress code for the day. Did we tell you that the dress code was navy blue and white? Yes the colour code was in synergy with the decorations and guests dazzled in gorgeous styles for the big day. The orderliness at the event center would thrill any guest coupled with maximum security personnel that were in the different spot. This gave no room for any form of shenanigans. The 1000 capacity hall was filled to brim.

The master of ceremony welcomed the newest couple by asking families and friends to give them a standing ovation as they walked down the aisle. The couple gave a grand entry and entourage of friends joined them as they danced in. It took a while for the couples to be seen because the friends of the bride and groom had to dance in before the couples. The ladies were dressed in the blue Aso-Ebi and blue head gear while the men rocked white attire and a blue cap to match. The couple stormed the event dressed in green Aso-Oke, head gear and cap to match. It was their big day and they made fashion statements. The groom who is the definition of tall, dark and handsome rocked an aso-oke Agbada with a cap and jewelry to match. The bride was super ready for her big day and she looked like a queen. Her Aso- oke dress had designs that made it stand out. They danced in grooving to dj mazimums beat.

Popular Lagos Dj Maximum changed the atmosphere as the couples danced in. He carefully selected danceable hit songs that thrilled the grooms men and best ladies. The Aso ebi ladies and men could not help but groove as they took turns dancing into the hall.

CUTTING OF THE CAKE AND COUPLE’S FIRST ASSIGNMENT

The couples had a moment to share alone in presence of the guests present. It was their official dance as Mr and Mrs. Dj Maximum gave them solemn love songs as they danced and kissed. The fireworks made the time more memorable. As the couple danced, there were fireworks that were placed at strategic positions to add colour to the moment.

READ ALSO: JUST IN: MANY TRAPPED AS TWO-STOREY BUILDING PARTIALLY COLLAPSES IN GBAGADA