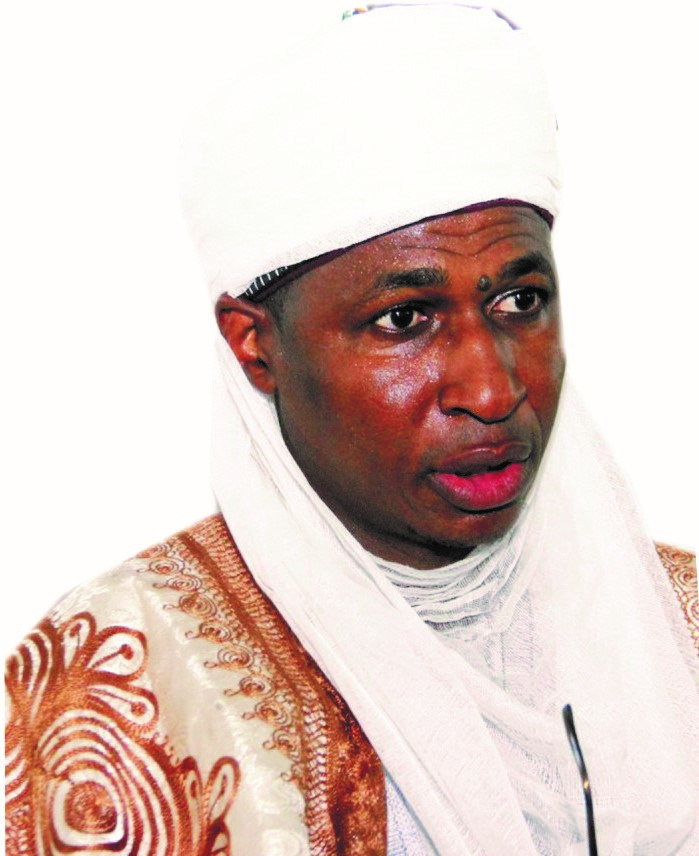 The Blue Roof event centre inside the LTV complex in Lagos became a mini hajj on Saturday, January 19, 2019 as the leadership of the Council of Imams and Ulama, Lagos state under the control of the Grand Chief Imam of Lagos, His Eminence, Shaykh Sulaimon Oluwatoyin Abu-Nola gathered all Muslim clerics across the state under the same roof to talk about the role of clerics and expected roles of Muslim faithful towards a hitch-free election and dividends of democracy.

The event is undoubtedly timely considering the fact that the country is heading towards the polls in a few weeks to decide who succeeds this present government both at the federal and state level. The event which was the first of its kind in the history of the Council of Chief Imam and Ulama in Nigeria did not disappoint in terms of attendance. It housed over 1,000 participants and also brought the high and mighty in Lagos Muslim and political circles to look into a number of important issues in Lagos and Nigeria at large. City People Magazine was there to bring you juicy details and below are excerpts for your reading pleasure.

Shaykh Abdul Hakeem Uwais Akeusola, the Chief Imam, Badagry division took the opening prayer to mark the opening of the event. As at the time the prayer was said, the auditorium was almost filled to the brim and almost all the members of the high table were already seated except for a couple of them.

The Grand Chief Imam and President, Council of Imams and Ulama, Lagos State, His Eminence, Shaykh Sulaimon Oluwatoyin Abu-Nola took to the podium to welcome the guests in the way of Islam and briefly explained why the gathering was necessary and timely. In his speech, Shaykh Abu-Nola revealed that the programme was intended to both politicians and clerics on the essence of proper sportsmanship spirit and fair play during election.

He further urged all Muslims and the entire community of Lagos and all Nigerians at large to sincerely participate in the forthcoming election because it is one of their civic duties and encouraged those who do not have their permanent voters card (PVC) to make sure they do so before the deadline so that nothing would prevent them from taking part in the democratic government transition.

Otunba Saheed Adeyemi (FCA) is known to be a practising Muslim, a businessman of high repute and a philanthropist. As the chairman of the all important Islamic event in Lagos, he saddled with the responsibility of delivering a welcome address.

In his speech, Otunba Saheed revealed how important and historic the event was and why every cleric and Muslim on seat should ensure full participation in the election and monitoring of their votes. He encouraged everyone to shun vote buying and most importantly, follow peace and shun violence because Islam is a religion of peace.

A former governor of Lagos and National leader of the ruling All Progressives Congress, APC, Asiwaju Bola Ahmed Tinubu was one of the dignitaries expected to grace the event to deliver a keynote address. However, he was unavoidably absent due to other pressing national issues but was ably represented by Senator Musiliu Obanikoro, a former minister and ambassador of the federal republic.

Delivering his address, Asiwaju Tinubu revealed how delighted he was to be considered to deliver a paper at such an event of that reputation saying it was an uncommon opportunity to share his sincere disposition to politics with revered religious leaders. He further explained how timely the event was by saying “as you know, elections are the most crucial concerns of politicians. Often therefore, many politicians become unduly desperate even as that may be naivety-induced. This is however understandably so because elections determine our fate, including our survival as well as our rating and even of course, our continuity.”

Speaking further, Asiwaju Tinubu geared the clerics to make the subject of peace paramount in their sermons.

“We therefore wish to charge all members of this distinguished Council of Imams and Ulama to reckon specially with the subject of peace in their sermons for this understandably tense season of election. We believe that you owe the rest of us the responsibility of sermonising on the robust perspective of peace in the society. This is especially with regards to tolerance for alternative views as well as the obvious diversity with its different shades of manifestations across religions, ethnic groups, gender as well as sociality. Please do well to ensure that your sermons enjoining tolerance percolate the grassroots for the benefit of all,” he said.

Prof Lai Dawood Olurode is a researcher, author and co-author of many books and university teacher at the prestigious University of Lagos. He is a regular face at conferences both locally and on international scene and was a former Dean, Faculty of Social Sciences, University of Lagos (UNILAG). He was a guest speaker at the seminar to take clerics on their roles “towards achieving a violent free elections.” The former INEC National Commissioner was a round peg in a round hole with his vast knowledge of human inter-relations as a professor of Sociology and an expert who served his fatherland during the 2015 general elections. His experience on both fields came into play as he schooled the clerics on what they are expected to do in a secular country like Nigeria where peace is non-negotiable.

“The first point I will like to make is that there are certain impunities and toxics in our electoral process and unless we deal with these toxics, it is going to be a tall agenda for us to have a free, fair, transparent and credible election in 2019. The two prominent toxics that we need to get rid of are the use of money during election and violence in our electoral processes. And clerics are very close to the grassroots, they are listened to every Friday, they are also listened to during burial, naming, house warming and other ceremonies. So, they have that veritable platform through which they can influence the grassroots; their role is to use the Quran and the hadiths to talk about pertinent issues about the imperatives and the need for a free, fair election.

“By using the haduawa to reach the people, to talk to them in ways that they will understand and not in ways they will feel alienated from the process; so that I think is a role. Secondly, they can also help to minimise the cost of running an election in this country. The cost of running an election in Nigeria today is a lot of money which has elevated the money culture into the electoral process. We worship money, we don’t vote for the person who can do the job, we allow money to dictate to us; so, there is a need therefore, for clerics to downplay the importance of money in political process.

“The clerics should see themselves as wanting and desirous of contributing their little quota to support those whom they see as being capable but are not buoyant financially instead of taking money from politicians otherwise, their mouth will be sealed, their heart will not be open and their eyes will be blind and they won’t hear anything from the public at all. So they need to open up and ensure that they touch the people at the grassroots. Apart from that, they also need to start sponsoring their members to participate directly in elections,” he concluded.

Otunba Yemi Saheed Adeyemi as the chairman of the event led by example by donating big for the proposed project which is expected to cost five billion naira. He pledged to donate N2.5 million at the event and 2 million annually until the project is completed. He also pledged 3,000 bags of cement and also join in the building by assisting during the labour.

Lagos state governor, Mr Akinwunmi Ambode a distinguished guest of honour at the event was unavoidably absent but he was represented by the deputy governor, Dr Idiat Oluranti Adebule who delivered a goodwill message to wrap up the event. He congratulated everyone present, hailed the council for the laudable event and encouraged everyone to toll the path of peace.

The event came to a close with Dr S. O. Babalola saying the opening prayer after which the congregation departed.

How Remi Awode Supported Me During My...