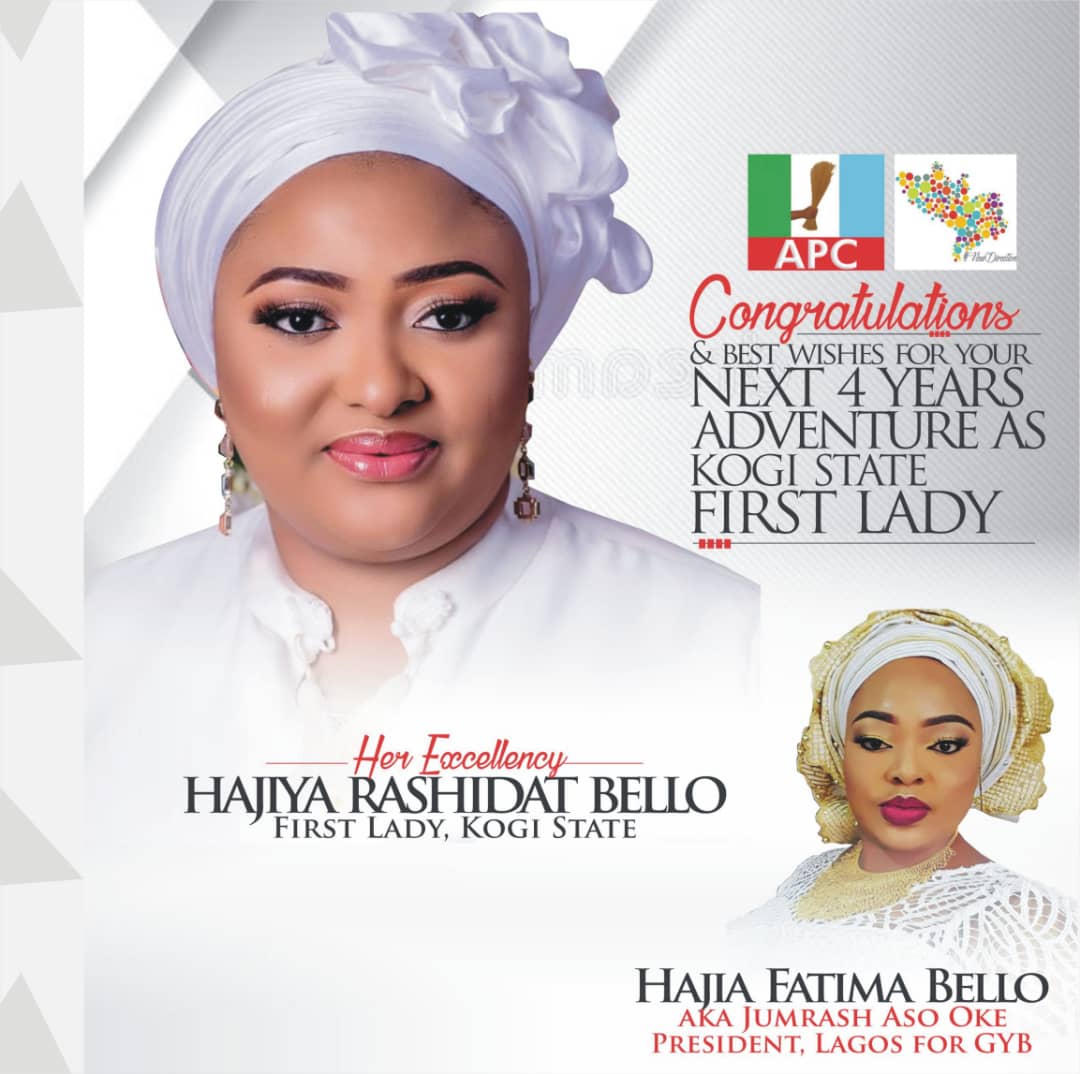 A group of Kogi indigenes resident in the Centre of Excellence, Lagos State, known as “Lagos for GYB Support Group” have felicitated with the First Lady of Kogi State, Her Excellency, Mrs. Rashidat Bello, on the emergence of her spouse Alhaji Yahaya Bello, as the 5th Executive Governor of Kogi State at the recently concluded elections held across the state.

The President of the group, Hajia Fatima Bello, who doubles as the CEO of Jumrash Aso Oke in Lagos, in the congratulatory message, described Governor Yahaya Bello and Chief Edward Onoja’s victory as the team to pilot the affairs of the state for another for years as a welcomed development for Kogi Women at home and in diaspora.

She also commended the efforts and roles of the First Lady, Mrs. Rashidat Bello during the campaign of the EBIGO Let’s Do More project. Eulogizing Her Excellency, as a proper definition of the adage which says “behind every successful man, there is a woman”.

It could be recalled that Hajia Fatima led a high powered delegation of Kogi Women and Youths from Lagos to the November 14th, 2019 APC Grand Rally in Lokoja to canvass support for the team GYB CEDO as Governor and Deputy Governor. In the list of her team were the first daughter of the APC National Leader and Iyaloja General of Nigeria, Chief Folashade Tinubu-Ojo, Veteran Actress Shan George, Kuburat Kolo, amongst others were also mobilized to Kogi State during the campaign.