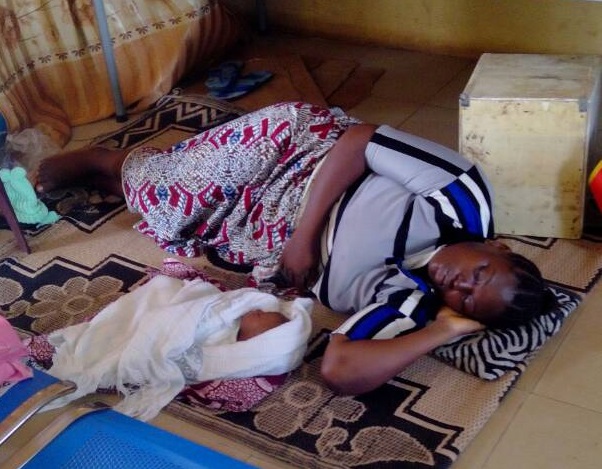 A Lagos couple, Mr and Mrs Idowu, have been denied discharge of their newborn baby, after about three weeks of unpaid N150,000 for Caesarian Session operation to deliver a baby girl

City People learnt that the hospital holding on to the mother and child Life Spring Hospital, Oreyo Ikorodu, Lagos, had allegedly vowed to put her in an orphanage unless the debt was cleared.

Our correspondent gathered that Zainab Idowu, a petty trader, had given birth to a baby girl on Monday May 28, 2018, at the Life Spring Hospital, Oreyo Ikorodu.

The baby, which couldn’t be delivered naturally, caused the mother to be transferred hurriedly to the said private hospital, where the caesarian session was conducted on her.

The child’s father, Gbenga, a carpenter, reiterated that the bill is N150,000

He said, “My wife and I have been married for about two years. When she conceived, she went through a lot of stress due to the nature of her job and at a point, a doctor advised her to go for bed rest.

“She went into labour around 8pm and when we could not find any public hospital who can conduct a CS, we settled for Life Spring Hospital. We got there around 11pm; their bill was N150,000 per week.

He explained that the family and friends had been visiting the hospital to give the newborn baby and her mother food, adding that his family was being held over the N150,000 medical bill that the family owed.

An eye witness who spoke with City People said one of the doctors at the hospital recently called him and threatened that the child could be moved to a motherless babies’ home if the money was not paid.

“The doctor said since we had not met up with our financial obligations, they might not be able to keep the baby any longer and will take her to a motherless babies’ home. He said the baby had a high risk of contracting an infection because he is in a place where they treat sick children,” he added. 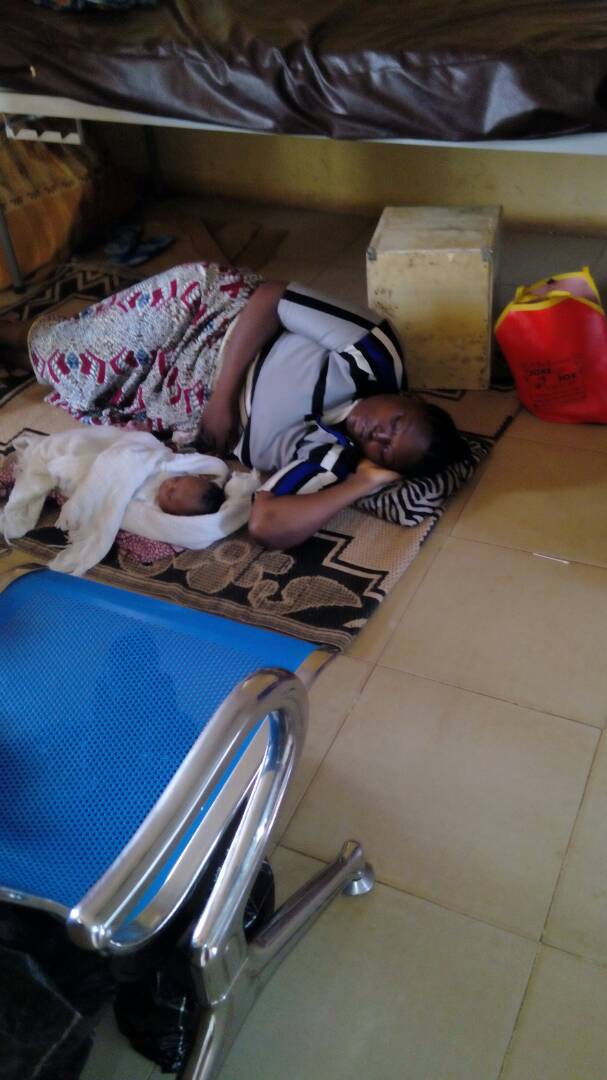 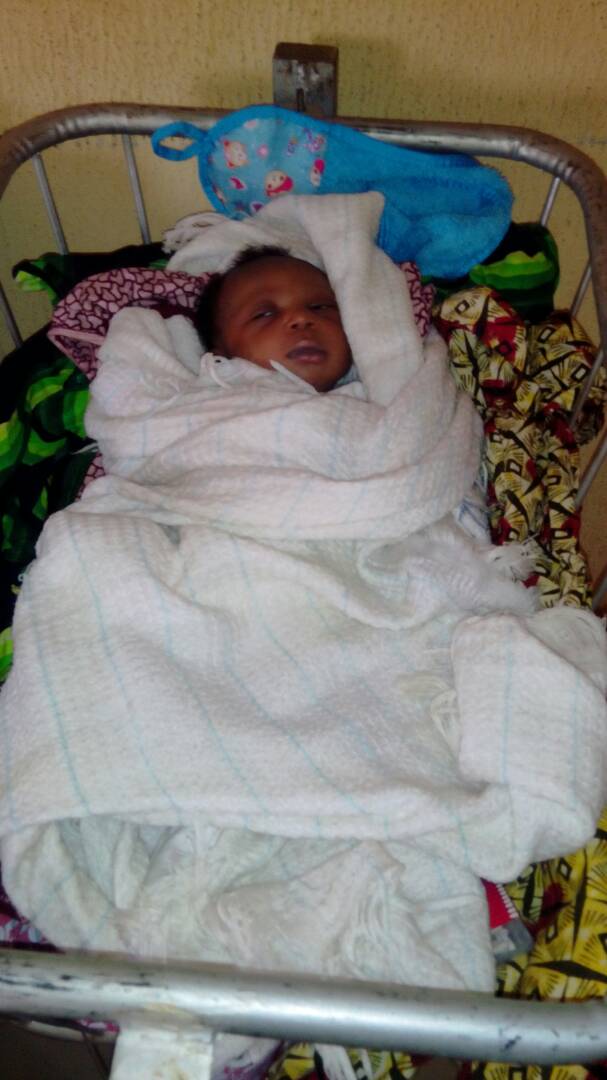 The wife, expressed sadness that her baby could be taken to an orphanage while she was alive.

The 28-year-old noted that efforts by the family to raise funds through social media had been abortive, adding that she lived in pain every day.

“The hospital said the next step is to take him to a motherless babies’ home because we don’t have money.

A doctor at the Hospital, had said the medical bill was high due to the specialised care required by the baby.

When City People asked if the hospital could release the baby and her mother on compassionate grounds while the parents amortized the debt, the doctor said our correspondent should pay the bill.

“The ones that had been paid were by installments. You can lend them the money and they will pay you back later. Tell your company to pay on their behalf; they will pay you back by installments,” he added.
Gbenga also seized the opportunity to appeal to well-meaning Nigerians to come to his rescue by supporting him with the fund required to get his wife and daughter out of the hospital