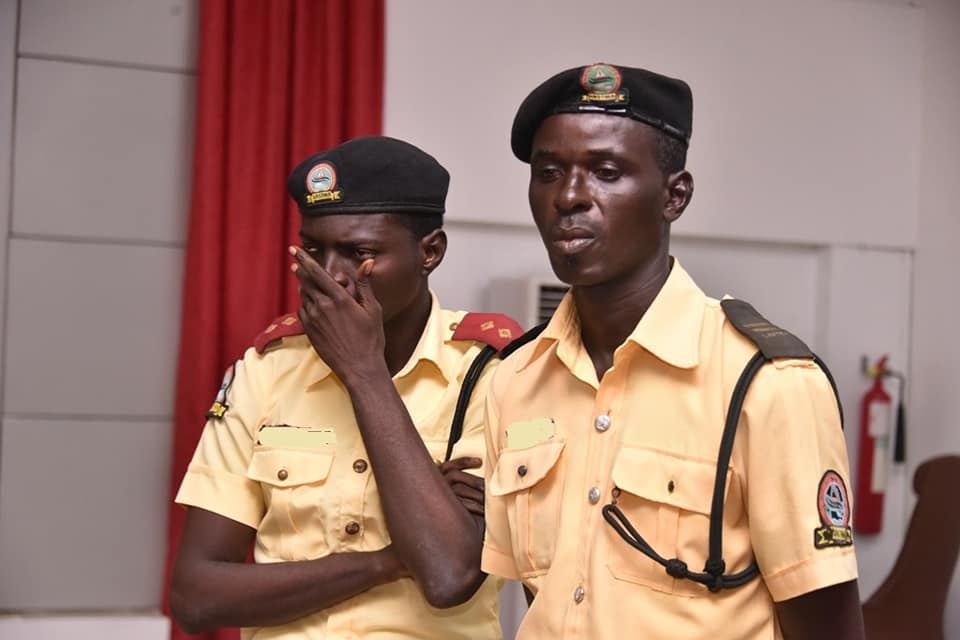 The officers whose names were not revealed were summoned to the Governor’s office today Friday June 21st, following a petition from a lawyer to the offender. The two LASTMA officials allegedly received undisclosed amount of cash into their personal bank accounts as bribe to free the offender, who claimed to be driving on a one-way lane unknowingly.

During a fact-finding engagement with the Deputy Governor, Dr. Obafemi Hamzat, the two officers admitted that they collected gratification from the offender, but claimed the offender paid the money to show appreciation. Dr. Hamzat condemned the act, noting that LASTMA officers did not have a brief to receive gratification from members of the public for carrying out their statutory duty.

The Deputy Governor disclosed that disciplinary actions would be taken against the erring officers immediately, adding that the punitive measures would serve as deterrent to other officers with similar motive to extort money from motorists.

“These two officials allegedly extorted money from an offender whose lawyer sent a petition to us. We have listened to their stories, but we are not convinced by their defence. For further action, the two officers have been referred to LASTMA for further investigation and possible disciplinary actions. The law must take its course. This effort is to inform members of the public that LASTMA is created to make life easy for all of us. In carrying out their statutory duties, no agency of government is allowed to harass citizens. We advise residents not to pay penalty into personal bank accounts of government officials. LASTMA and other agencies have their direct lines to lodge complaints. This administration will ensure people live peacefully in Lagos. We are not out to harass anybody. These two LASTMA officers will receive disciplinary actions if found guilty. They will be given fair hearing to prove their case, but if found guilty, the law would take its course.” Hamzat said

The General Manager, LASTMA, Mr. Wale Musa, who was at the meeting, also warned officers against extortion, saying the agency had stepped up its monitoring activities to eliminate extortion.

“No LASTMA officer has right to issue penalty ticket. We are ready to discipline erring officers. If they misbehave, the law will deal with them. The public should report any officer through designated numbers published on our website. We don’t condone indiscipline. The way we penalise violators of traffic laws is the way we will deal with our officers too.”

Meanwhile, the government has urged members of the public to report badly behaved officials of the agency to the appropriate authority.

Governor Babajide Sanwo-Olu, who gave the directive on Friday, noted that government was currently investigating various complaints levelled against officers of the traffic agency. Full weight of the law, the Governor said, will be on any government official extorting members of the public tA���