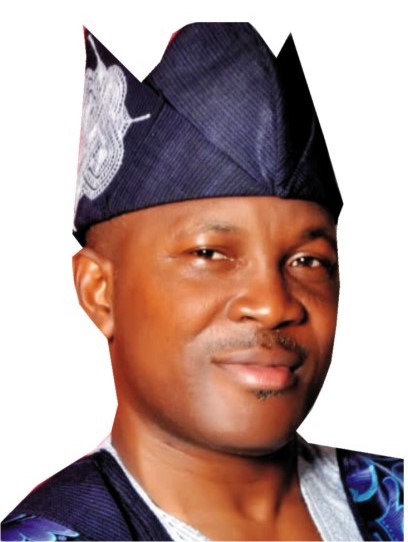 Friday, 29 March 2019 was a colourful day at Ritalori Event Centre, Taoreed Street, Off Babs Animashaun road, Lagos, as popular Lagos Property Player, Otunba Tomori Williams celebrated his 50th birthday in style. The birthday celebration was grand in all ramifications because of the high calibre of guests it paraded.

At exactly 1 pm, the event started with activities kicking off with performance from different artistes. One of the iconic musicians who serenaded the celebrator on that day was Apala exponent, Alhaji Musiliu Haruna Ishola. He made sure the day remained indelible, not only in the mind of Otunba Tomori Williams but the well-wishers who came to celebrate with him.

The celebrant who dressed gorgeously in white traditional outfit, matched with a fitted cap, caught the attention of many as dignitaries, creme-de-la-creme of the society, celebrities, Kings and High Chiefs trooped into the event centre to celebrate one of their owns.

The celebrant was described as the Chief Warrior of Yorubaland, according to Musiliu Ishola, who performed at the birthday.

Mrs Olubunmi Williams is the pretty wife of the celebrant. The pretty woman was gorgeously dressed in white attire outfit. Her dress sure complimented her husband’s who happened to be the celebrant. She was everywhere making sure guests were adequately attended to, and she also ensured there was decorum in the hall. She also served out many souvenirs to many of her guests present at the event. And when it was time to dance, she danced and danced to the melodious tune of Alhaji Musiliu Haruna Ishola’s music.

Also, there was Alade Buari, one of the Lagos big property players and he happened to be one of the close friends of the celebrant.

Popular Faaji FM presenter, Olusola Ajetunmobi, popularly known as Ajet by his fans was the compere alongside his friend, SY comedian from Faaji FM 106.5. These two friends complimented each other; as they both ensured the event had a seamless run.

Alhaji Musilu Haruna Ishola had a good performance, as he dished out the best of his songs to serenade the celebrant. The celebrant danced for many hours alongside his wife, Olubunmi and some close friends who came from far and within.

One of the strongest caucus or groups in the Yoruba movie sector is Odunfa caucus, and it involves 3 powerful Yoruba actors, Yinka Quadri, Taiwo Hassan and Abbey Lanre. They were all in attendance to support one of their owns who happened to be the celebrant.

Also present at the event is the popular Yoruba actress, Bisi Ibidapo Obe. The pretty lady also came early to give her own support.

Buari is one of the biggest landowners in Lagos. When you talk of Mushin, Okota, and many other places like Surulere in Lagos, his name will be mentioned as the owner of those lands. He was at the party to support Otunba Tomori who celebrated his 50th birthday.

And all eyes were on him as Musiliu Haruna sang his praises.

Sulaimon Ayilara Ajobiewe is very popular when you talk of chanting Ewi. He is the toast of many big Yoruba big men who value culture and tradition.

This popular Ewi exponent serenaded Otunba Williams for many hours with his evergreen Ewi chanting, as the celebrant was in a high mood. It was indeed a special moment for Otunba Tomori Williams.