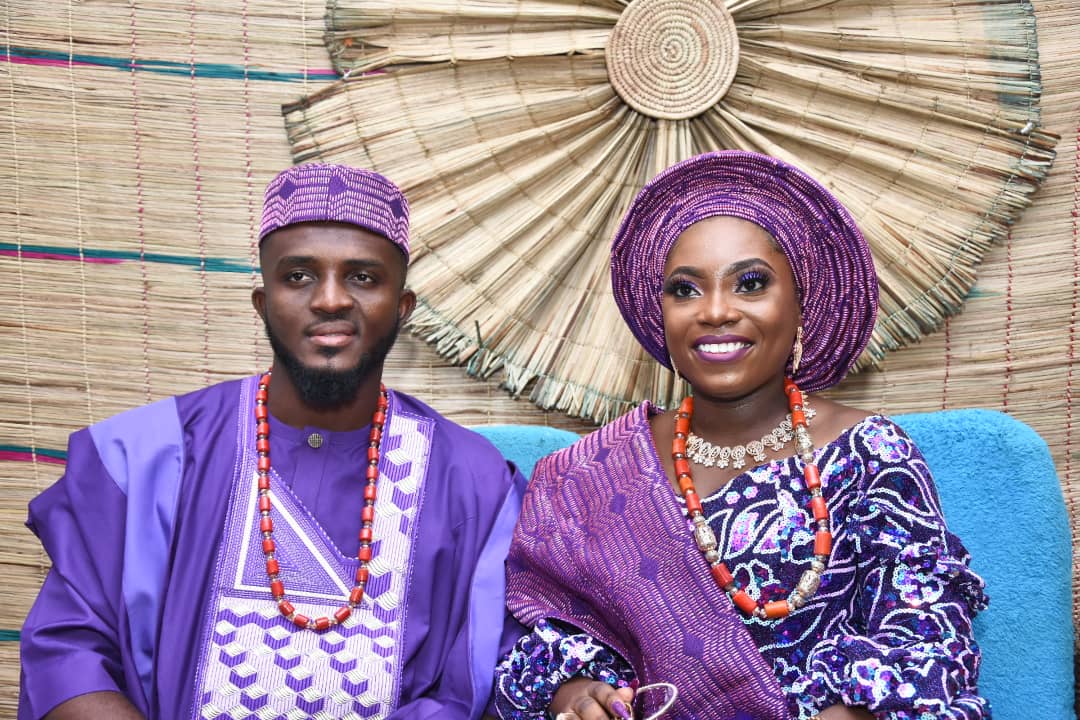 The classy wedding ceremony was held at the popularly K&K Event Centre in Ojodu Berger, Lagos.

The party was highly glamorous as it was graced by family, friends, business associates and well wishers from both family.

The early part of the event had a well coordinated and fun filled Engagement activity between the two families. This was done by the duo of ace marriage engagers, known as the Alagas, in Yoruba language.

This was swiftly followed by the Holy Solemnization of the wedding. It was anchored by pastors from the Celestial Church of Christ, Emi Iyanu Parish, Alapere,in Lagos. After the necessary proceedings of the solemnization, the newly wedded couple were blessed by the reputable men of God,in attendance.

The reception party was highly entertaining. Starting from the grand breaking entrance of the young couple who were accompanied by the Bridal Train. The couple gave a good account of themselves on the walk-way, as they stormed the reception with their dance steps thrilling the guests who further cheered them up.

Some of the guests couldn’t hold the urge to partake in the fun as they joined the celebrant of the day on the dance floor. They did not only dance to the trendy music played, they dolled out money to cheer the new couple.

Adding Glitz to the already eventful party was the performance of star musician, Alhaji Wasiu Haruna Ishola as he took the stage by storm and thrilled guests with his classical music which is almost a replica of what King Wasiu Ayinde Marshal offers.

This alone got many on their feet, as they watched and listened to the highly gifted musician do his thing on stage.

Also worthy of note is the fact that the party was highly colourful. The dominant colour of the day worn by guests was Lilac and Gold. Each guest at the party rocked the show with their outstanding fashionable outfit.
–Jamiu Abubakar