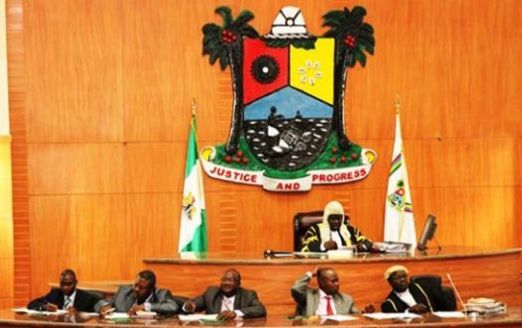 According to a report in Punch Newspapers, comedian AY and Davido may be facing a legal battle as the Lagos State Government has taken them to court for tax evasion.

The report states that Davido was dragged to court in July 2017 while AY (real name Ayo Makun) has been going back and forth with the government since 2016.

Both celebrities were said to have claimed to pay their taxes to their states of origin- Davido to his native Osun State and AY to Ondo State; claims that Lagos State disagrees with.

The unnamed official quoted in Punch stated that ‘Notable among these alleged tax offenders are two of Nigeria’s celebrated artistes –Davido and AY, the comedian. Both artistes have had a long standing battle with the Lagos Internal Revenue Service for tax evasion. Davido, who has record deals with Sony Music Entertainment and endorsement agreements with various companies in Nigeria, has not filed his tax returns or remit any taxes to the Lagos State Government.’

The official goes on to say ‘Remember that Davido said he made N500m from his N30bn concert recently. We must know how much he paid to the LIRS. AY too said the same thing. The comedian claimed to be paying his taxes to Ondo State, where he hails from. It seems these celebrities don’t understand that the tax law stipulates that you must pay your tax to your state of residence.

‘Anyway, we are already in court. Others will soon appear in court if they don’t obey the state tax law. You can’t be making money in Lagos and refuse to pay tax.’

Tax evasion in Nigeria carries a jail term of all to five years if accused persons are found guilty. In other places in the world, celebrities such as Lauryn Hill,DMX, Jarule. Wesley Snipes and many other have served prison sentences for evading tax.

10 Female Celebrities Who Are Over 40 And Still Sexy!