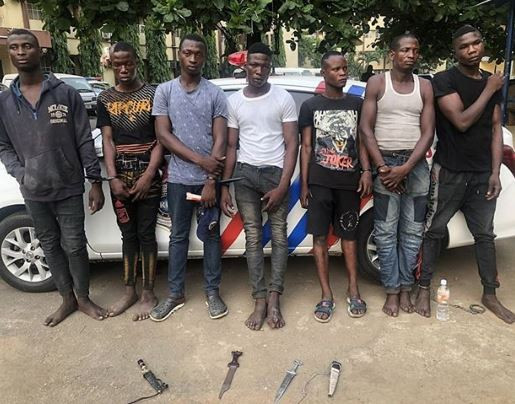 Operatives of the Rapid Response Squad have arrested hoodlums allegedly terrorising residents and passersby around College Road, Ifako Ijaiye and its environs.

One of their victims, Agafe Augustine said he was attacked as he alighted from a taxi. They allegedly dispossessed him of N14,000, a mobile phone and a handbag. “I allowed them to rob me because they were many and were holding dangerous objects but I trailed them to an open place before raising alarm,” Augustine said.