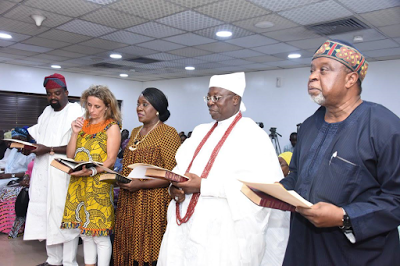 The Lagos State Governor, Akinwunmi Ambode, on Wednesday, April 12, 2017 inaugurated the council members for Art and culture to drive tourism, create employment and increase the contribution of the non-oil sector to the State’s gross domestic product.

Speaking at the inauguration of the Board which held at the Banquet Hall, Lagos State, the governor said the Council for Arts and Culture which we have just inaugurated has a huge responsibility to translate our vision in this regard to reality.

He said the Board would among other things, be expected to ensure the sustainable management of arts and culture facilities and infrastructures in the State and create a sustainable framework for the sector.

According to the Governor, the ultimate goal is to harness the huge creative talents that abound in the State in the fields of Arts, Culture, Entertainment and Sports. 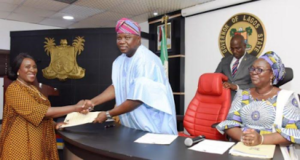 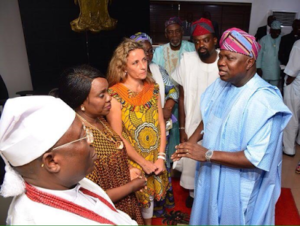 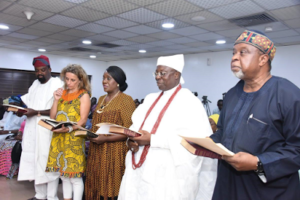 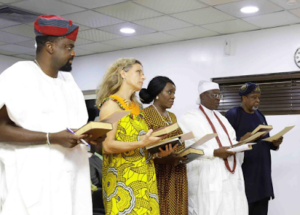 #LagosAt50: Kunle Afolayan, Joke Silva others become members, board of Arts and Culture was last modified: April 13th, 2017 by Reporter

Alert! ‘I only have one Facebook page’, Pastor Adeboye warns followers