Landlady slumps, dies after tenant pushed her during argument 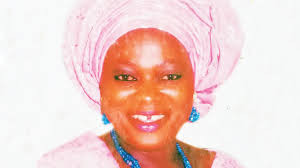 The Lagos state police command have arrested one Lateef Saheed, for allegedly pushing his landlady, 56-year-old, Olayemi Adetola-Odekoya, to death during a face off at their place of residence on Apata Street in the Palmgrove area of Shomolu, Lagos State on February 24th.

According to reports, the residents of compound where they stayed had been attacked by armed robbers on several occasions. To curb the attacks, Olayemi called a meeting of the tenants where it was agreed that she would be in charge of locking and opening the building’s main entrance door at night and in the morning.

The times to open and shut the gate were also agreed upon at the meeting as 5:30am and 11pm respectively.

On the day of the incident, Lateef was said to be set to go to work before the agreed time and ran out of patience when efforts to get the landlady including – banging her apartment door- to open the main entrance door proved abortive.

Lateef who wanted to leave for work at 5am, allegedly broke the main entrance door when the landlady ignored his call to open the door.

The deceased landlady rushed out in anger and held Lateef by the shirt, preventing him from leaving, while vowing to ensure that he is arrested by men of the Pedro police station for breaking her door. In order to free himself from her grip, Lateef allegedly pushed her to the ground then drove off.

Olayemi became unconscious soon after she was pushed to the ground and was rushed to the Shomolu General Hospital, where she was confirmed dead.

Lateef reportedly didn’t come back home on the day of the incident, so the police invited his wife to produce him and he showed up the following day.
Confirming the arrest, the spokesperson of the state police command, Bala Elkana, said an investigation is ongoing into the matter.

Landlady slumps, dies after tenant pushed her during argument was last modified: March 10th, 2020 by Reporter