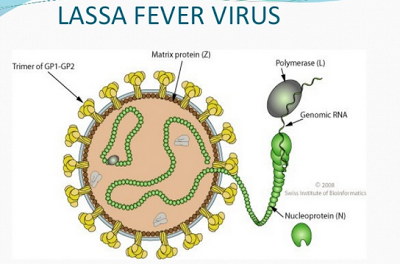 The Nasarawa State Government has said that no fewer than eight people have so far died following the recent outbreak of Lassa fever in the state.

The Director of Public Health in the state’s Ministry of Health, Dr. Ibrahim Adamu, made this disclosure to the News Agency of Nigeria on Tuesday in Lafia.

Adamu said, “Of the 11 confirmed cases recorded since the index case in November 2016, eight have died while three others are responding to treatment at the Dalhatu Araf Specialist Hospital in Lafia.

“The three survivors in DASH are recovering very fast, two of them will be completing their treatment today (Tuesday) to be discharged while the other will complete his treatment by the weekend.’’

Adamu also said that the number of people, who had contact with the patients and were being monitored, had risen to 82 from 66.

“All those identified contacts now under surveillance, have been placed on oral drugs and we monitor their temperature twice daily,’’ he added.