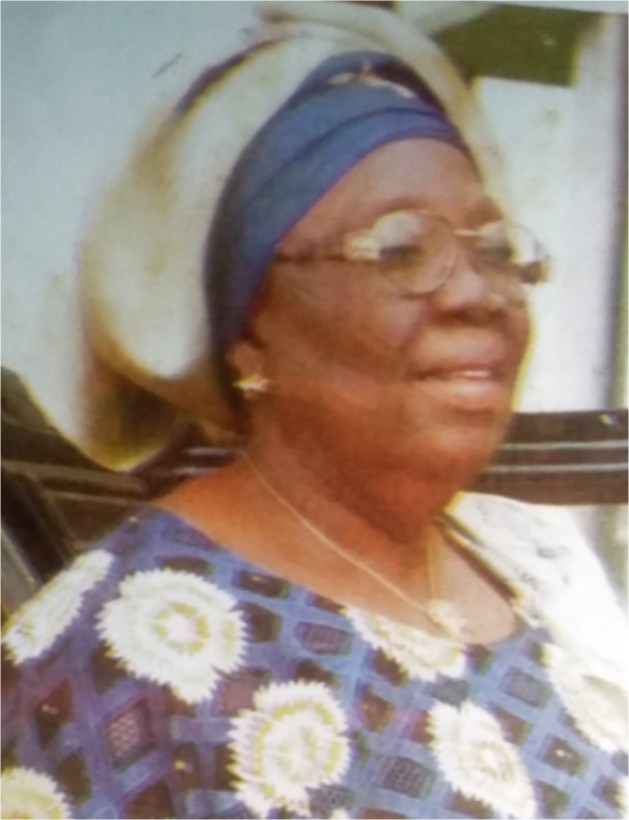 On Friday 8th November 2019, Ibadan, the city capital of Oyo State was shaken to its foundation. It witnessed the burial ceremony of the late industrialist, Deaconess Adetoun Oladeji popularly known as ‘For The Mama Ke’.

It was a ceremony befitting of an icon that ‘For The Mama Ke’ was. The party was filled with a lot of Glitz and Glamour and it would be remembered for a very long time in Ibadan social establishment and beyond. The best of the best hands in event management and party vendors were engaged for the colourful party.

The quality of personalities that graced the occasion was super amazing; the list cuts across all sectors and ages. All the who is who in politics, business, telecoms, media and what have you from the South Western part of the country were there. The likes of the Deputy Governor of Oyo State, Engr. Rauf Olaniyan; former governor of the state, Otunba Adebayo Alao-Akala and his beautiful wife, Chief (Mrs.) Kemi Akala; former senator who represented Lagos East in the Upper Chamber, Gbenga Bariyu Ashafa and Chief Bolaji Ayorinde (SAN), just to mention but a few, out of the long list of top celebrities sighted at the party. K.S.A played for the VVIP guests inside the hall while Musiliu Aruna Ishola entertained those outside the hall. Akinyele Oladeji, the accomplished son of late ‘Mama Ke’ and a successful Tax expert, alongside his siblings made sure they gave their mother a befitting burial.

While many saw the burial ceremony as a lavish party, however, all the events that played out during the ceremony, as well as the kind of crowd and important personalities that graced the occasion, should be expected for those who know what late Deaconess Adetoun Oladeji represented in her lifetime.

Without being immodest, ‘For The Mama Ke’ as late Deaconess Adetoun Oladeji was popularly called, was a super-rich woman. She was a businesswoman who had built an empire in business. She played big in beer distribution, transportation and property business. Despite the challenges she was faced with in life, being born into a polygamous family, she was able to build her business from scratch.

‘Mama Ke’ was born on August 8, 1930, to the family of a former Soldier, Pa Afolabi Omotoso from Itutaba. Her mother, Mama Adebomi is also from Ibadan, from Laduntan Village in the present Ona-Ara Local Governor Area of Oyo State. Mama Adebomi was said to be a big produce merchant; she was a supplier of yam tubers to Agodi Prisons. She ran a farm which covered a good part of Agodi, up to Idi-Ape and Bosurun. She was the one who exposed ‘Mama Ke’ to entrepreneurship at an early stage.

She started her petty trading in foodstuff, at the Government Secretariat, which was as at then under construction back in the 50s.

In a short while and through diligence and hard work, ‘Mama Ke’ broke into the mainstream of business. She was said to have acquired about thirteen shops at Dugbe market. By 1966, prior to civil war, she had diversified into transportation.

She was later to become a major customer of Inaolaji, the hottest auto-dealer at the time. So successful was Mama Ke’ that she was said to have bought seven brand new cars in one day, in the late 60s. She also took it further by establishing a transport line, ‘the Mama Ke Line. Eke Dili Chukwu was her contemporary then.

Her major break in business was in Beer distribution; She grew the business to the extent that she had over 32 trucks distributing brewery products across the country. By 1985, she had already exported four containers of Made-in-Nigeria beer products abroad. It was a rare goal any of her contemporaries in that line of business could not achieve then.

Those who know have also testified that Mama Ke’ practically created the business community that is today called Iwo-Road. She was said to be a pioneer entrepreneur on that axis and her big beer distribution outlet is situated there. She was able to turn the place into the business hub that it is today.

It was during her reign as a major beer distributor that she got her nickname ‘Mama Ke’, due to her warm disposition not only towards her customers but those around her as well. She was accommodating and accessible, hence, the alias ‘Mama Niyen, For The Mama Ke’ stuck. Mama Ke was also loved and respected for her openness, generosity and her fashion sense. She was fashionable and sociable and above all, she was a philanthropist.

Aside her achievements in business and her private life, another thing ‘Mama Ke’ was able to achieve was that she gave her life to Christ. In fact, at some point, she quit beer distribution, the business that brought her so much fortune and riches. She later set up water factories, which produced both sachet and bottled water. She was the life Matron of 120 societies at C.A.C Agbala-Itura Worldwide and was a Deaconess in the Church of God.

To say ‘Mama Ke’ lived a fulfilled and an amazing life would be an understatement; she was able to make a great mark as a businesswoman and a loving mother and a mentor to many. She died at the age of 89, after a brief illness. She married a supportive husband, late Pa Ezekiel Oladeji. She was survived by wonderful children who are all doing well in their chosen careers. Her children are Kayode Akinlabi, Mistura Mosunmola Olanrewaju (Ola Mummy) of the blessed memory, Olubunmi, Olayemi, Modupeola, Akinyele, Olukeye, Titilope, Folasade and late Salewa Oladeji of the blessed memory.