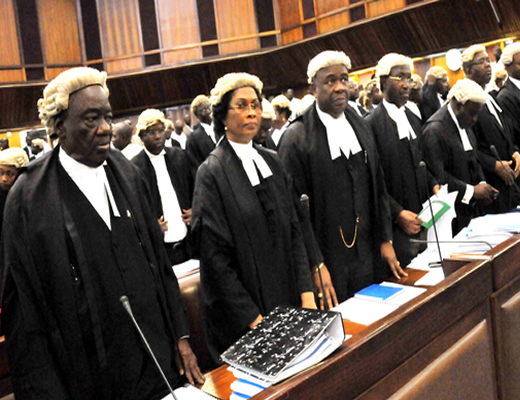 Some lawyers in Abuja have called on the Federal Government to expedite effort in the introduction of parole into the Nigerian criminal justice system to ease prison congestion in the country.

They told the News Agency of Nigeria on Thursday that there was an urgent need to integrate the parole system into the country’s criminal justice system.

“Parole is the early release of a prisoner, conditioned on good behaviour and regular reporting to the authorities for a set period of time or a way of letting approved prisoners serves part of their sentence in the community once the board decides they are not an unacceptable risk to the safety of the community.

“Prisoners on parole are usually supervised and must comply with certain conditions in order to remain in the community.”

A lawyer, Mr. Samuel Joshua, said the government should expedite action in establishing parole boards to facilitate the implementation of the system.

Joshua said, “If a parole system is introduced into Nigeria, it will reduce prison congestion and help those who are unjustly punished.”

He explained that parole boards consider a number of factors when deciding whether to grant parole.

“These parole boards will be put in place to visit the prisons from time to time, monitor the inmates and makes a decision whether an offender may be released on parole,” he said.

“The board then take into due cognisance the personal characteristics of inmates such as age, mental stability, marital status and previous criminal record, the nature or severity of the offence committed.’’

Another lawyer, Mr. Victor Olusegun, said introducing parole in the country would be a great step in reducing overcrowding in the prisons.

Olusegun said that congestion was the biggest problem facing prison systems with consequences that could at worst be life-threatening and at best prevent prisons from fulfilling its proper function.

He said, “Introducing parole systems provide an incentive for prisoners to behave well in prison and to be rewarded by early release after a programme of rehabilitation.

“Although it is important that decisions to release prisoners, particularly those convicted of serious crimes, are not made or seen to be made simply to free up prison space.

“Prisoners should not be granted parole simply for “good behaviour’’ exhibited during incarceration rather the severity of the offence committed and degree of remorse for the offence should be considered.’’

Another lawyer, Miss Gbemisola Isaac, said research studies on overcrowding have indicated that in crowded situations/prisons, “there is more aggression and competition for resources”.

She said prison overcrowding increases negative effect among prisoners, adding that it elevates their blood pressure and leads to greater number of illness and infirmity among prisoners.

“Some African countries like South Africa have introduced parole system which helps reduce prison congestion and I know, if introduced in Nigeria, it will help decongest our already overcrowded prisons.

“Prisons are congested as people are made to spend months and years in incarceration even without being pronounced guilty by a court of competent jurisdiction.

“The possibility of parole gives prisoners an incentive to stay out of trouble while behind bars and also to promote a better behaved and less violent prison population,’’ she said.

How I Have Managed TUFACE For Over...