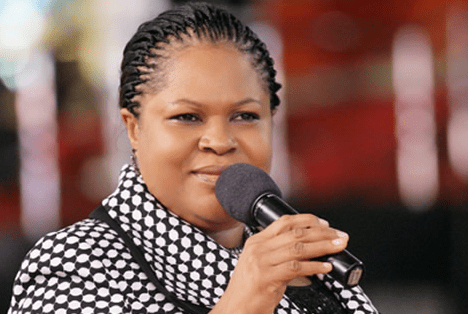 Indications from the burial programme late Pastor TB Joshua of the Synagogue Church of All Nations shows that all is not well with the family and stakeholders of the late man of God. Recall that TB Joshua died on Saturday, June 5, 2021, days before his 58th birthday.

He passed away on June 5th, 2021 after he excused himself while preaching owing to some discomfort he was feeling and asked to be allowed to take a break. He entered into his private chambers to rest for a short while and that was the last time the congregation saw him alive. He was found unconscious as he slumped on a chair in the room. A couple of hours later, he was pronounced dead by doctors. The wife, Evelyn Joshua has since continued the administration of the church and facilities Sunday Services amidst plans for final burial ceremony that eventually took place on Friday, July 9, 2021.

In June 27, 2021, the elders of the church met and declared Evelyn the successor to the late televangelist. A top aide of the late cleric was also quoted as saying, “Someone must take charge immediately and give spiritual direction on the mode of service continuity. So much spiritual and financial effort went into building SCOAN and it cannot just waste away (sic).”

A close source from the church also disclosed that Evelyn have been serving as the second-in-command to her husband before his death earlier this month, performing the role of a preacher and offering counselling to church members. Just a few days before the burial week, the stakeholders of the church took a U-turn and debunks the news that Mrs Evelyn will be taking over the affairs of the church after her husband.

Dr Gary Tonge Freng who spoke on behalf of the church, no one has been appointed to lead the affairs of the church at the moment.

On if there is someone in the church to take over the miracles performed by the late tele-evangelist, Freng said that the decision is a spiritual matter and not an administrative one.

“It’s not about machinery. It is about suitable people, and it’s about the move of the Holy Spirit. So there is simply no administrative answer to the question because it is not an administrative issue”, he said. The decision of who will assume the role of General Overseer, according to another source will be a unanimous decision of a cabal within the church referred to as the 5 wisemen.

WHO ARE THE 5 WISE MEN

The 5 wise men are the prophet’s sons who were profoundly influenced by T.B. Joshua. Those who have heard them preach or see them show God’s power can know where the grace comes from. Despite the fact that they were released by the prophet and are having an effect in their respective communities, they owe their lives to T.B Joshua and remain devoted to him.

Under T.B.’s supervision, the 5 wise men all served as pastors in SCOAN. Joshua was imprisoned for a long time; one of the Wise Men is said to have served for eight years before being released.

The wise men’s names are Wise Man Racine, Wise Man John Chi, Wise Man Harry, Wise Man Daniel, and Wise Man Christopher, in no particular sequence. Although it may be difficult, these men have a strong desire to carry on their father’s legacy and step in his footsteps.

WHY TB JOSHUA’S HOMETOWN, ARIGIDI AKOKO IS ORGANIZING THEIR OWN BURIAL CEREMONY FOR HIM

The Monarch of Arigidi Akoko, the hometown of the late Pastor Temitope Joshua, Oba Yisa Olanipekun, disclosed that arrangements have been made to enable the people of the community to pay last respect to the late pastor who hailed from the community.

According to an undisclosed source, TB Joshua’s family had a tough debate with the deceased widow over where his body will be interned. They wanted the body to be buried in his hometown Arigidigi Akoko, but Evelyn insisted he should be buried within the church premises in Egbe Lagos. Oba Olanipekun said assured his people that all activities on the burial held in Lagos State will also be replicated in Arigidi Akoko.

This is because the late televangelist and renowned prophet has been of immense help to them. Even though the late TB Joshua was from Arigidi, he extended his philanthropic gestures and spread his milk of human kindness beyond Arigidi.

Many towns in Ondo State, including Akoko, have all benefitted from his large heart. Nearly everywhere you turn in Ondo State, you would be shown one community project or the other made possible by the late compassionate man of God.

From the tarred roads he undertook by himself and completed to rehabilitated schools, TB Joshua put smiles on the faces of the people. He was a man who believed clearly that his immense wealth would be of no significance if he couldn’t share it with the needy and downtrodden in the society.

There is no doubt that TB Joshua’s burial ceremony will attracts media interest on both sides. Either positive or negative. TB Joshua during his lifetime made the headlines and front pages for both commendations and criticism. The last thing the deceased would want flying around is his post-burial propaganda.

The wife deployed native wisdom to control traffic of the press within the church premises where TB Joshua would be buried but ensured that all the activities were televised live on the SCOAN Youtube channel, EMMANUEL TV and has been viewed by over one million people from across the world.

NOBODY HAS BEEN TRAINED TO SUCCEED TB JOSHUA?

A top aide who worked closely with the late TB Joshua but instructed not to be quoted had said that the everyone is confused in the church right now as nobody expected this sudden death.

“For successor, he did not train anyone to succeed him. I am not aware of any succession plan in this church. There is none of the pastors that have been trained to succeed him. I would have known if any exists.

“But to the best of my knowledge, nobody in this church has been trained to succeed him, not even the 5 wisemen” he stated.

The inside source was asked if the entire SCOAN can operate without a substantive leader, he said “Very likely. That is what is going to happen. His shoes are very large. If there has been anybody that he earmarked to succeed him, we would have long noticed it in the church here.

“The person’s activities, actions and inactions would have indicated the direction of succession. After all, I am an inner member of his caucus.

“For now, the wife has taken charge. There are instructions on what to do and how things would go. In all of this, no service is in the programme. Services have been suspended,” he disclosed.

READ ALSO: I BELIEVE THE MORE I GIVE, THE MORE GOD KEEPS BLESSING ME – IYALAJE OODUA, TOYIN KOLADE

I Believe The More I Give, The More God Keeps Blessing Me – Iyalaje Oodua, TOYIN KOLADE