The Legal Principle On Which Obama Initiated DACA 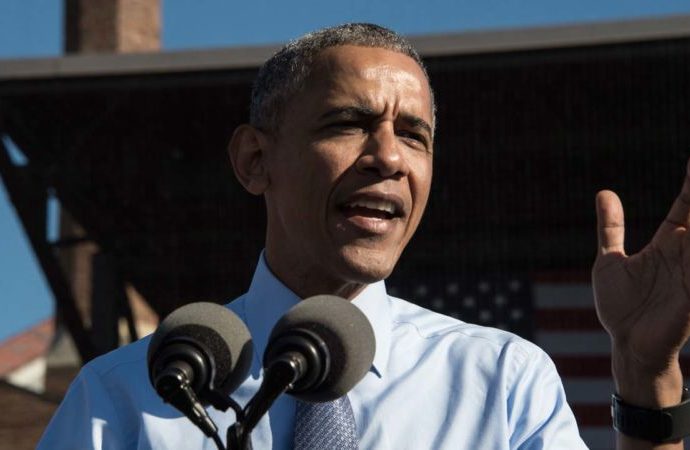 Many past leaders in the USA have cried out following the decision by the Trump White House to rescind DACA, the programme that enabled undocumented immigrants who were taken to the US as children, by their parents.

The most significant of them is the man who initiated the programme five years ago, President Barack Obama.

In a statement which denounced the cancellation of DACA as being a political move and lacking decency, Obama drew attention to the principle behind which the temporary initiative was created.

Read Also: OBAMA TO SPEAK OUT AGAINST TRUMP’S DACA PLAN

According to the statement, Obama’s decision to proceed with DACA was “based on the well-established legal principle of prosecutorial discretion, deployed by Democratic and Republican presidents alike, because our immigration enforcement agencies have limited resources, and it makes sense to focus those resources on those who come illegally to this country to do us harm”.

Examples of instances where this discretion could apply with regards to immigration include choosing to “issue a detainer; initiate removal proceedings; focus enforcement resources on particular violations or conduct; stop, question, or arrest a particular person; detain or release someone on bond, supervision, or personal recognizance; settle or dismiss a removal case; stay a final order of removal; pursue an appeal; and/or execute a removal order”.

In line with these, Obama initiated the DACA as a discretion to “defer” action on the undocumented 800,000 immigrants who “met rigorous requirements, and went through background checks”. The Trump administration has chosen to cancel the order, now pressing on the US Congress to send him a bill that would bring closure to the status of such persons. The US Congress will have between now and the 5th of March 2018 to come up with a solution before DACA begins to expire.

The Legal Principle On Which Obama Initiated DACA was last modified: September 6th, 2017 by Arinze Ago