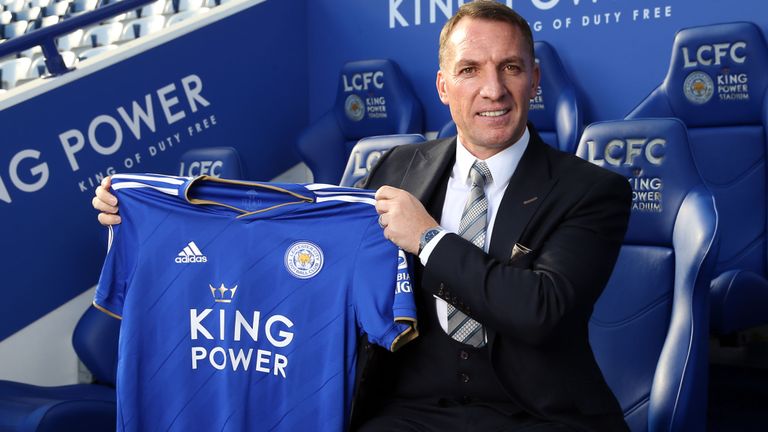 In a bid to survive relegation battles, Leicester City have unveiled former Celtic boss, Brendan Rodgers as their new manager.

Rodgers was signed after having won a Scottish treble twice in succession with Celtic, a club of global stature.

The former Liverpool gaffer has rebuilt his managerial reputation north of the border after he left the Reds in 2015, and Leicester are backing him to lead their revival after the sacking of Claude Puel.

So what are Rodgers’ main tasks at the King Power Stadium – and what is motivating him to leave Celtic with another domestic treble in his sights and the campaign reaching its climax?

Rodgers left Liverpool in October 2015, and later revealed he was hospitalised shortly afterwards following what he described as his body tightening up from the tension of the conclusion of his time at Anfield.

Rodgers, who had signed a four-year contract only 18 months earlier, was left hugely disappointed by his departure not much more than a year after he was within a Steven Gerrard stumble of being the first manager to bring the title back to Anfield in 24 years.

It would have put Rodgers in Anfield folklore – just think of the accolades his successor Jurgen Klopp would receive should he achieve that feat this season – but instead it was his high water mark.

Talisman Luis Suarez left for Barcelona, Liverpool’s transfer policy went badly awry with the arrival of misfits such as Mario Balotelli and Lazar Markovic, a subsequent Champions League campaign never got beyond the group stage and a dull 1-1 draw at Everton signalled the end.

Rodgers has always been a manager who wants to spend his time out on the grass with players, developing them technically and tactically into the attractive, attacking force he wishes to have as his trademark. At 46, he has no desire to be chained to his desk.

Leicester’s owners clearly felt Puel was not getting the maximum out of the talent assembled, with big results such as wins against Manchester City and Chelsea hinting at what could be achieved, only to be undermined by the sort of sequence such as seven defeats in nine games that got him the sack.

There is plenty of quality elsewhere in the shape of England defender Harry Maguire and the experienced Jonny Evans, and Leicester have enduring mainstays such as Kasper Schmeichel, Marc Albrighton and Jamie Vardy.