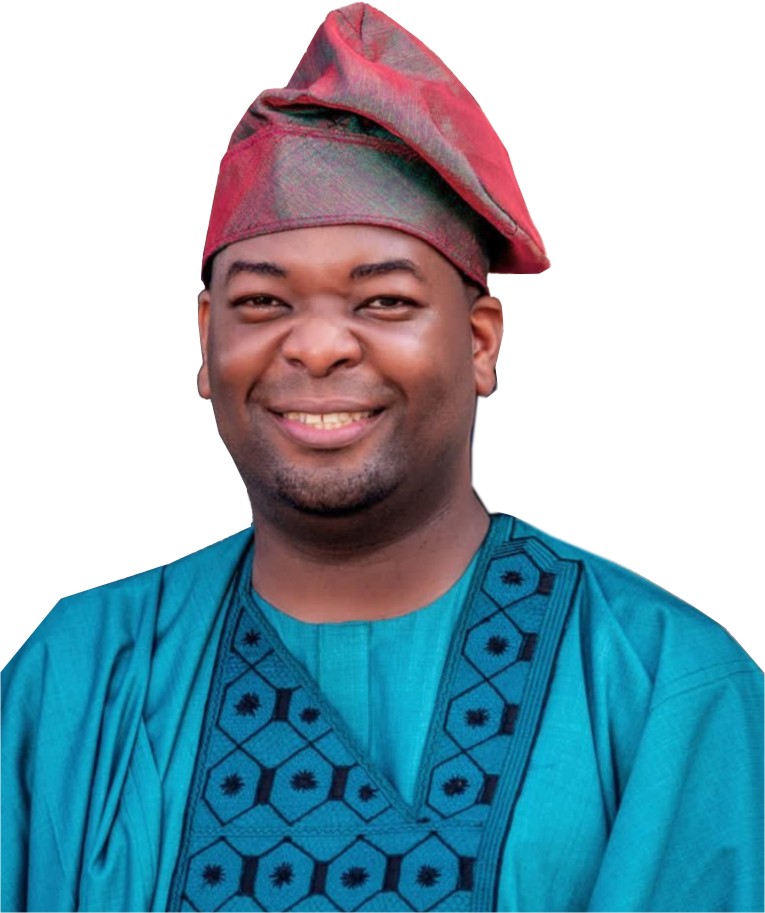 •He Is City People’s “Generation Next” Personality Of The Week

Those who watched how Grace Alumni came alive on social media and the various news platforms would rightly agree that hard work in the right direction delivers enduring fruits. Hard work doesn’t kill; it yields a life that history acknowledges ultimately. That is the enviable story of Adesope Edun, the digital and Media expert/director who spearheads the publicity of affairs of Grace Schools Alumni as City People unveils this great mind in a young body.

As City People magazine introduces the “Generation Next”, it’s only appropriate to seize this maiden edition to examine his relentless work schedule that has benefited the school and his other engagements and made it possible to refer to it as the investors’ destination, tourism hub, and construction site. Grace School, is one of Lagos biggest academic institutions. Academic analysts also say without disputation that Sope’s commitment to acknowledging and rewarding efficiency surpassed the figures for a couple of some PR experts put together. In recent times, Grace Schools has begun to wear a new look and recognition across the social space and academic corridors.

Most of these have taken place only under the watch of Adesope, even if one must admit that the process is a continuum. But every age would have to carve out its own distinct identity. History has a keen interest in taking note of this identity aspect in the unfolding of events. No corporate expert can appropriate the honor due to its successor or predecessor, the continuum theory notwithstanding! You have to carve out your own niche, as it were.

Adesope has pitched his tent with this history-making camp. It comes with a price: Courage. According to Andrew Jackson, the seventh President of the United States of America, “One man with courage makes a majority.’’ This US leader is credited with numerous courageous policies that toppled the established norms of his time. He was not afraid to make a decision as long as it was in the interest of the people.

For instance, Adesope displayed rare courage and compassion by initiating the need to award the icons in the social, academic, entrepreneurship and political space, who had passed through the academic nurture of Grace Schools.  The point has long been established that Adesope is a man who does not sleep, in a literal sense, until he has touched lives. He packs a thousand and one activities into the 24-hour schedule he has at his disposal in a day. The bottom line and the aggregation of opinion of those that know him were that of a young achiever who is restless, committed, determined, and passionate to change the face of the school for good.

Adesope has received notable local and international recognition for outstanding delivery and service to the people. For a man who has demonstrated several times that experience can indeed be an asset in governance, Adesope is always calm and dutiful when there is a major challenge in an organization that is increasing and expanding by the day.

Mr. Adesope Edun is the Alumni Director for Grace Schools, Gbagada and is also an Alumnus of Both Schools.

He attended Grace Schools, Gbagada for his Crèche and finished Primary school

He proceeded to Grace High School and later left after his fourth year to Wesley College, Dublin where he finished his secondary school.

He later advanced to the University of Dundee in Scotland UK where he graduated with an M.A(Hons) in Political Science and International Relations

He has been working as a Realtor with Mcaloeda Properties after which he became the Alumni Director for Grace Schools In 2017 and he has been the brain behind the integration of Grace School Alumni into the School Structure..

Adesope Edun is married to a beautiful, Oluwamitobiloba Edun.

The good fortune of parents can also be inherited by their offspring. These hold true because the way children are nurtured as well as the habits, behaviours, and way of life they learn by observing their parents play a huge role in their adult lives. This is the story of Adesope Edun, the son of Adetokunbo Edun, an Education expert, and late Adebiyi Edun, a medical practitioner. Adesope is currently the Chief Executive Officer of Mcaloeda Consultancy.

How Lola Faduri Hit It In the US