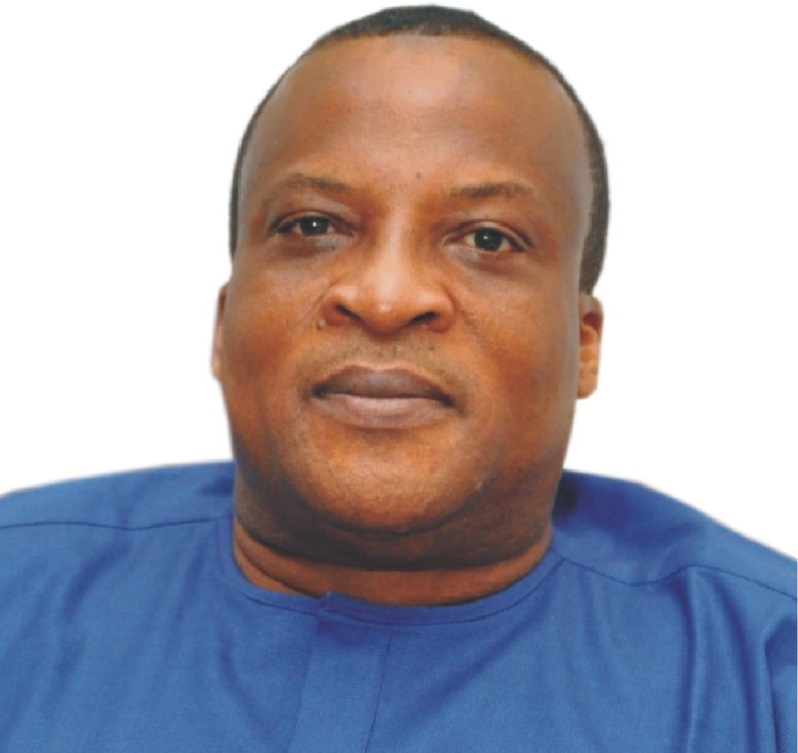 He is son to one of the country’s biggest industrialist and billionaire, Prince (Dr) Samuel Adedoyin. An accomplished business man in his own right, Ayorinde Adedoyin has grown to become one of Nigeria’s biggest players in trading, shipping and marine services. A very down-to-earth and unassuming personality, Prince Ayorinde, who is also aspiring to be the next governor of his state, Kwara, come next year, is always quick to tell anyone who cares to know about how much influence his dad had on him as a young man.

You can tell from the fondness with which he speaks about his dad that he adores and respects him to no end, but he will also be the first to tell you that his father was pretty hard on him and his siblings while they were growing up, he simply didn’t give them the room to take for granted the fact that they were kids of a billionaire. “The man was very tough on us,” he says, “but today, we all thank him and thank God as well that he raised us the way he did.” Several months ago, City People’s Senior Editor, WALE LAWAL, and Head of Photography, FEMI ADELEKE, were guests of the amiable gubernatorial candidate and he let us into his childhood days and the difficult moments he had with his billionaire father while growing up as a young man.

Here are excerpts from the interview.

Tell us about your growing up years, sir.

My formative years were actually spent in Kwara. My nursery and primary school were actually done in Kwara. I went to Kwara Polytechnic before I went o England. I also happened to have gone to so many schools in Kwara at the time. So, to a large extent, I can say I’m a full fledged Kwara man. Back then in Kwara, everybody sees themselves as brothers and sisters. You don’t go to anybody’s house and they ask whether you’re a Christian or a Muslim, or whether you’re from Ilorin or wherever, all they’ll probably ask for is your name.

Everybody sees themselves as cousins. We’re like cousins when we’re out there. Going to school in Kwara also enabled me to go to a lot of places of interest then, especially during excursions. I was able to go to places like Bashita, Kainji, Jebba, those were the places you want to see as a young kid. We had the Jebba Paper Mill then, there was the first bridge in Jebba, the Kainji Dam, there was also Bashita, the Sugar company and the agricultural thing in Kabba.

What kind of father was your dad at the time you were growing up?

Ah! My father was a very tough person. My dad was tough on us. He was hard on his children because he wanted to mold them into becoming responsible young men and women but at the same time, he didn’t understand that his ideas were also in conflict with that of the kids who wanted to grow up believing in themselves, so, there was conflict. As a child, you have your dreams and you know how to actually get there, he has his own ideas of where you should be. And all of these were getting into your head at the same time. It was a sweet bitter experience, growing up, which is part of what is guiding me today. But I will only prefer to hold on to the sweet memories, it’s better to let the unpleasant memories remain in the past.

Okay, we’ll soon get you to talk a bit more about your dad. But first, after going abroad to study and then returning to Nigeria….

(Cuts in) I was taken away and then brought back. The thing is I went through the A-levels, but my dad still brought me back here. That’s why I said to you that I had some pretty difficult moments. But I believe everything that happened then is what has shaped me to be what I am today and for that I thank God and I thank my parents for everything.

What did you study and what line of profession did you start off in life with?

About study, I think we’ll get there. About career, I was molded to be part of what I am. All of my life, I’ve partly worked with my dad and at the same time chasing my own dream. I remember when I first went to work with my dad, and of course the conflict was still there then. You would expect that being the son, you’ll be given an office, and probably take off as a director or a manager, but that wasn’t the case.

I remember what my dad said to me, he just looked at me and said, ‘you’ve chosen to do this?’ And I said,’ yeah.’ He said they should go and call one of my late cousins, and he said to him, ‘take Ayo to your office and start teaching him how to do ‘indenting’.  I said, indenting, what is indenting? You know, as a typical stubborn child, I was like what do you mean? I should’ve been given an office and everything. So, eventually, I started off as an indenting clerk.

I was made to learn everything about importation and documentation. I worked in a clearing department so I became more like a clearing agent. And that is where I got my break from. I started a clearing company few years I after I began working for my dad. I remember some of my friends, upon their return from England, some of them became executive directors in banks and everything and they used to make fun of me. They said clearing and back warder, but that is where God actually did it for me.

That’s the foundation that built whatever company that I have today. That is the foundation that started it. And you know, in confidence, I always thank my dad for that because what I learnt from clearing is what made me go into it and into marine services and started buying my own vessels. I’m into maritime business, I’m a trader, I’ve imported almost everything importable, from candles to thread from Singapore, to 2.5 KVA generators to 5KVA generators, to nails, and all sorts. So, really, I am just a business man through and through.

How was it like then, working with your dad?

Well, it was fun and at the same time tough. Then, you really didn’t have a choice, my dad tells you whether you go to the office or whether you go to the factory. You were either a factory worker or you work in the store, you had to be doing something. This was even before I got to point where I had to start working as an indenting clerk. I learnt a lot from my dad and I’m still learning from him. Yeah, sometimes, like son and father we have our disagreements, but you know, my father is a good man. I think what makes him a good father is because he’s always looking for the best for his children, but sometimes not minding that the children are no longer children. But, like I said, my father’s a good man who wants the best for his children.

From what you said, it’s clear to see that your dad deliberately didn’t allow his children to get spoilt or over pampered, he didn’t want all the wealth and comfort around you to get into your head…

See, maybe there were also some parents that were hard on their kids (he leans forward and whispers) but my dad was the hardest! He was tough! Men, my dad was something else. Look at my fingers (shows his thumbs) they are bent, this is from regularly ‘stooling down.’ It’s like he desperately wanted to make sure he raised his kids right. Though, we know no one is perfect, but give it to him, he tried. He did a great job. Then, we used to think, men, this man will kill somebody o. But when you think back now, you thank him, you thank God for where we are. So many things have happened that have consumed and taken so many people out of this world, but because you have been prepared for the rough times, you just take it as another step forward. I thank him for everything.

How would you describe yourself, who is Ayorinde Adedoyin?

Well, I’m just me. I have my faults, I’m not perfect as a human being, but I’m someone who believes that when you have a goal, you must chase it. I don’t believe in impossibility. And God is my witness, I don’t have any regrets in life. Why I say I don’t have any regrets in life is that whatever thing that you may have done and you’ve learnt from, sweet or bitter, that should no longer be a regret because you got something from it.