Life Has Taught Me Much At 60 ROTIMI EDU, Pres LAGOS Lawn Tennis Clubs 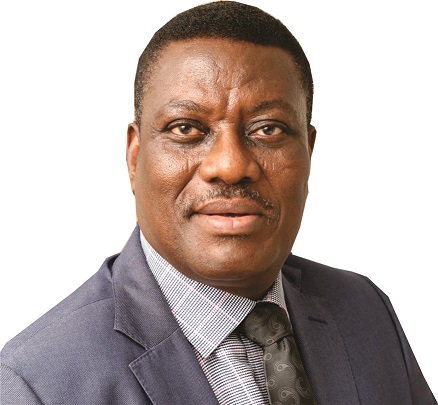 Rotimi Edu is a man of many parts. He is the current President of the Lagos Lawn Tennis Club. He is a lawyer and a popular Insurance broker. But the good thing about this Lagos Big Boy, who turned 60 a few days back, is that he juggles all his roles well, and he has done a good job of it. In this interview with City People Magazine Publisher, SEYE KEHINDE, Edu, who is the Executive Vice Chairman of Quicklink Insurance Brokers, talks about his life at 60.

You have your fingers in so many pies. You are a lawyer. And you are an Insurance broker. Which came before the other?

At first, I studied Insurance. It was after my Insurance education at the Lagos Polytechnic (Lagos State College of Science & Tech then) that I went to UNILAG to read Accounting. I was not satisfied. I saw Law as a challenge to me, so in my 2nd year, I applied to read Law, so I abandoned Accounting to read Law. So, right now, I have my Insurance broking firm, after spending 10 years with IGI, where I rose to be Deputy Director (Marketing),  I resigned to set up Quicklink Insurance Brokers.

Quicklink is 12 years old now, we celebrated our 10th year two years back and we opened our new office complex that we built for the company. That was used to commemorate our 10th  anniversary. I have a law firm too. I was practising alone then. When I went back to do my Masters, I met 2 young men. We used to read together, for the Master’s degree. I found them to be exceptionally good. When they finished, they came to meet me saying that they wanted to buy a phone to be receiving calls from clients.

I then asked them, if they wanted to go into partnership with me. They said yes. So, we  started the partnership about 10 years now. The firm has grown from strength to strength. We are into commercial practice, litigation, real estate. I just thank God that I am able to keep an eye on all these firms.      I have been able to put them on auto run. I have created time to read my reports on line and send back my reports. If the need arises to appear in court with my partners I do go.

On the insurance aspect, I am a member of the Governing Council of the Nigerian Council of Registered Insurance Brokers I am a committee member of one or two in the Chartered Insurance Institute. Over the years, I have been contributing my quota to the Insurance industry.

How do you see the state of the Insurance Industry?

Honestly, it has improved. The practice of Insurance has become better. But people still don’t take Insurance serious. In any Economy, the Insurance industry is the backbone, but in Nigeria, it is the other way round. Why that is so is because the initial practitioners did not give much commitment to the practice of Insurance. Rather, they paid attention to an ownership kind of thing. One man will do so many things. He will collect premium and won’t bother to pay claims.

That really affected the image of Insurance practice. And it kind of took away the confidence the public would have had on Insurance over that time. Then the middle era came where the unfortunate development had to be corrected. That has been done through registration and imposing certain conditions on those who want to operate an Insurance company. Things about qualifications, minimum deposits to place with CBN, the need to add professional indemnity, all these have been introduced over the years. NAICOM has tried. It’s like what CBN is to banks.

They have really tried. There is also the No Premium, No Cover Rule which has now become more potent. Before, people will come to Insurance companies to insure their articles or lives and they won’t pay the premium. It is only the Insurance companies that know this. But when there is a claim, they would not tell people that they didn’t pay their premium. They make it look like oh, those Insurance people are just fraudulent. They took my money. Whereas what they paid was a deposit. The contract cannot be satisfied on the payment of deposit. It can only be valid on the payment of the full premium.

Attempts have been made to sanitise the Insurance broking arm of the industry. Recall that 108 Insurance Broking firms were delisted from National Insurance Commission and their licences have been withdrawn or cancelled. We finally have about 600 brokers and I don’t think it is enough. We have about 774 local governments. That means we don’t even have one per local government and the smallest of the local governments has an array of Insurance opportunities. There are business concerns in every local government. They have vehicles, they have houses. That is why I tell people that Nigeria is under-insured.  The only way is to try and widen the horizon through legislation. Some legislation maybe bitter, but at the end of the day, it is sweet.

Take for instance, the legislation on: No Premium, No Cover. We are enjoying it now because the book value of any insurance company is now Actual, unlike before. Also take the regulation on Compulsory Insurances. It has also taken us far. It has made sure all basic Insurances are taken up by people. But there are still problems here and there, like in the aspect that says, all professionals, like doctors, lawyers, architects, must insure their liabilities, and the one that says every good that comes into the country must be given Marine Insurance. Some don’t do it. Even as regards Motor Insurance, many people will still prefer to do 3rd Party Insurance or in the past what they usually do is to change the dates on the photocopy. So, we are still not there yet, but NAICOM is trying its best.

Many people see Insurance as an elite thing. How do we bring more people into the Insurance net?

Because of that, many people will be captured under this from of insurance. Some of it have to do with various Life elements and businesses. It involves giving out some small loans as incentives, and then placing insurance. There  are quite many areas that macro insurance can work. It also enables them to pay instalmentally, whatever their Premium is and it takes care of associations such as Fishermen Association, Carpenter Association. All these co-operatives are put under macro insurance such that they can protect the little they have for their businesses. There are various policies that small-scale businesses can take up under this form of Insurance.

That will go a long way in penetrating the lower strata of the economy.

Lets talk about your growing up years. Where did you grow up?

I grew up in Lagos, in Surulere precisely, in those days when Yaba was like a jungle. That was 60 years ago and I went to Surulere Baptist Primary School. I left to go to the secondary school. I graduated at the Nigerian Premier College before going to the polytechnic and then University of Lagos where I read my Law programme. I did the 1st degree and the masters.  Growing up for me was a challenge. It was tough. Very tough.

Why was this so?

Because I did not live with my parents. I lived with my uncle. I thank God for him and his wife. They are both late now. They handled me with iron hands in those days. The training helped me live up to this stage. People think I was Chief SL Edu’s son. Most people when they see me that is what they ask. Are you Chief S.L. Edu’s son? He was not my paternal father. My father was a quiet religious man, selling petrol in one corner of Ijebu-Ode then.

My mother too was a successful trader, bringing in things from the North. My school days were really tough. In retrospect, I remember when I was in Polytechnic, I had 2 Jeans and a Tee Shirt. When one is dirty, I wash it and wear the other one. And when I have to go to a party I will  put on the jeans jacket. I thank God. Its all a lesson of life. It only motivated me to work hard.

Whenever people hear your surname, they usually think you are from Epe. Are you from Epe?

Yes I am from Epe. The Edu family is scattered all over. You’ll find some in Ilesha, Ibadan, Epe, Ikorodu, Ekiti. But we are all from Epe.

Tell us about your family?

I got married in 1986, I didn’t have my 1st kid until the year 2010. That was 24 years after marriage. I thank God. The waiting was worth the while. It was a blessed waiting because they came as twins. One boy, one girl. So, that was the end of discussion. I thank God because I believe that is the only thing I believe no human being can give to you. It’s only God who giveth. You have to be patient and prayerful. It will come when it will come. When it came, I was happy.

During the waiting period what gave you the fortitude to wait-it-out, knowing it will come?

Number one, because my mind was premised on the fact that look, this can only come from God. During those waiting period, I tried to manage it with prayers and hard work. I prayed much. I was also more engrossed in my work and my wife, more than even thinking of the fact that I don’t have children yet. Of course, when you are seated with your friends and they start talking about their kids, you feel somehow. You will feel like oh, you don’t have. You must do something. The doctors kept telling us nothing was wrong with us. Then I told her, if they say nothing is wrong with you, that means the time is not right.

My wife is an ardent believer. She is prayerful. And she believed God will do it even though it got to a stage, after about 15 years of marriage I felt we should go and adopt. She said No. She said even if we are going to adopt that it will be after having her own children. She said what’s the essence of adoption when, indeed, we have helped so many children, we have seen many of them up to University level. We just had that believe that ours  will come. When it will come we didn’t know. And when it came it was a big surprise. Because my wife was 50+ and I was 53 then and God answered us. It is a story each time I remember, I give thanks to God. My kids are doing fine now. They are brilliant. They are strong. They are mature kids. They are mentally and physically matured in their behaviour.