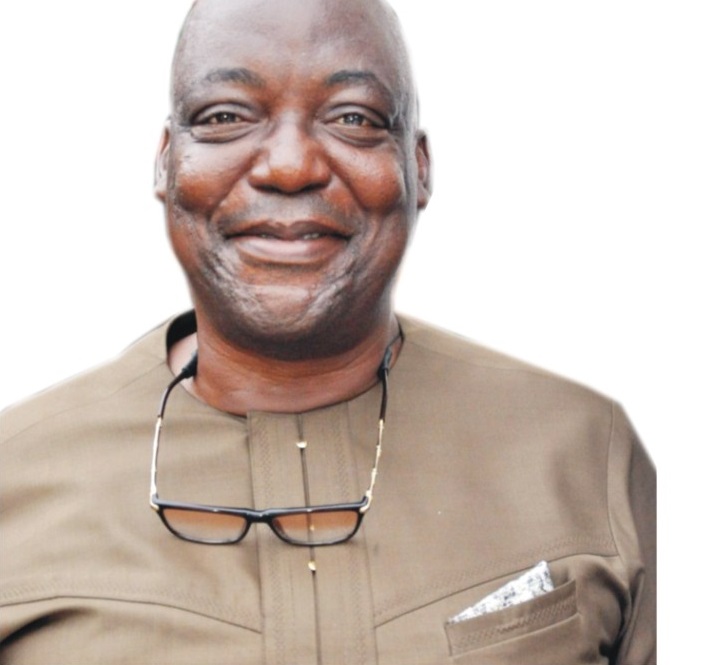 Yele Daniel is the younger brother of former Ogun State Governor, Otunba Gbenga Daniel. Yele, an Architect, was at the recent 62nd birthday party of his brother. He came with his amiable wife.

Yele shares a striking resemblance with his elder brother there and he is very cool, calm and collected. Yele, in an interview with City People’s Assistant Editor, Sunday Adigun, revealed what people don’t know about his brother, and how traits of leadership in OGD have been exhibited early in his life.

Tell me about life as Otunba Gbenga Daniel’s brother?

It’s a long story, but I would paraphrase it. I’m his younger brother and we’ve really come a long way and we are so close. I know so much about him. Otunba Gbenga is a large-hearted man, he’s compassionate man. He carries people along not even only on the political forum, even in the family cycle, he’s our role model. We laud his achievements.

Tell me about growing up with him?

He has always been a very pleasant personality and he has flair for hardwork. He does not believe in failure, anything he set his mind to achieve, he would always achieve it despite all the odds. The good lesson I was able to learnt from him is that if he gives you an assignment, he wants result. He doesn’t want stories. In those days, when we are much younger if he gave you anything to do, you must deliver no matter how. Those are his principles and I’ve really imbibed them. There are times he could be hard on you. If he gives you a task he believes you can achieve and you are not able to deliver he would just decide to be hard on you. I learnt those ones from him right from our youthful days, and I have been using them as instruments to succeed in life and in my career too. Otunba was very brilliant when we were in secondary school.

What were your roles when he was in power, as a member of his family?

I’m not a politician, so I was not interested in any post or position. The only thing was that I supported him when he came out and I knew he was going to get the position right from the outset. We campaigned together, you know, we have about 20 local governments in Ogun State, with about 234 wards.

He made a chart for the touring of all those local governments and wards even before election. He is a man of the people. Everywhere he went, people adored and respected him because of his vision. They believed he had something to offer Ogun State. So, he was actually the right candidate for that post as at that particular time and so it was in 2003 when he won the first term election and also in 2007. Those leadership traits and outstanding qualities are still conspicuous in his life. He lives by example.

Whom does he take after, especially those qualities, your mum or dad?

Character have nothing to do with resemblance. There are some qualities that are God given. So all these qualities and talents we observe in him are God-given. Although, people used to say that if you don’t resemble your father, you have to resemble your mother. But in the area of hardwork, I can say that he takes after. Our father, our father was energetic at 94 before he died. He was driving around town. We had to stopped him and gave him a driver.

What is that thing people don’t know about OGD that you know as his sibling?

Otunba Gbenga Daniel is a workaholic and he loves people around him.

Now tell me about yourself?

I’m an architect-turned builder by profession, and I’m also into business as well.

If your brother nominates you for a political post tomorrow, are you saying you would ignore it as you said earlier that you are not a politician?

You know one thing you have to consider at present, it is age factor, I’m 57 going to be 58 and I’ve achieved a lot already. Politics is not something you can just jump into, but we can assist anyone who wants to go into politics. All of us cannot be politicians.

How To Get A Divorce Under Customary Law