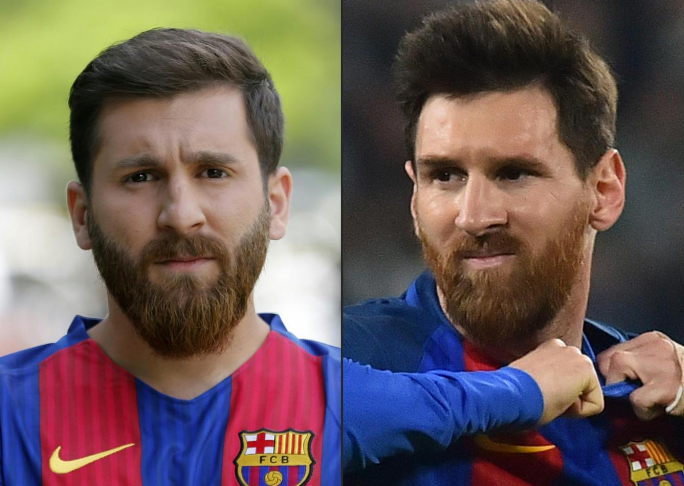 An Iranian student almost landed himself in a jail cell this weekend for looking like global football icon Lionel Messi.

Reza Parastesh bears an uncanny resemblance to the Barcelona and Argentina forward and decided that it would be a fun idea to dress up as the player and wander around the Iranian city of Hamedan.

So far, so good. But Parastesh had absolutely no idea how popular he would prove with the citizens of the city. 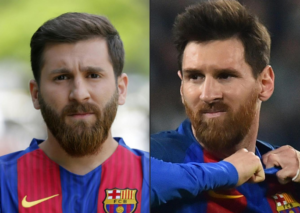 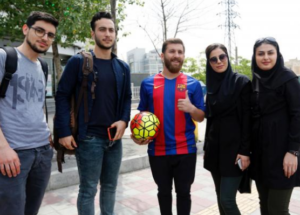 So many people began coming up to the student and pleading with him for photographs and selfies that the police had to rush him to the local station to preserve public order and clear traffic.

Parastesh was given the idea for his stunt by his father, who noticed the resemblance a few months ago and told his son to pose in a Barcelona shirt.

Soon, the football fan began cutting his hair like the five-time Ballon d’Or winner, and it wasn’t long before he grew his beard like him, too.

Despite his impromptu trip to a police station, Parastesh is delighted with how popular his mimicry has proved and says he is now working on some football tricks to further resemble the player.

“Now people really see me as the Iranian Messi and want me to mimic everything he does,” Parastesh told the AFP.

“When I show up somewhere, people are really shocked.

Lionel Messi lookalike almost ends up in prison after getting overwhelmed with Selfie [PHOTOS] was last modified: May 9th, 2017 by Reporter