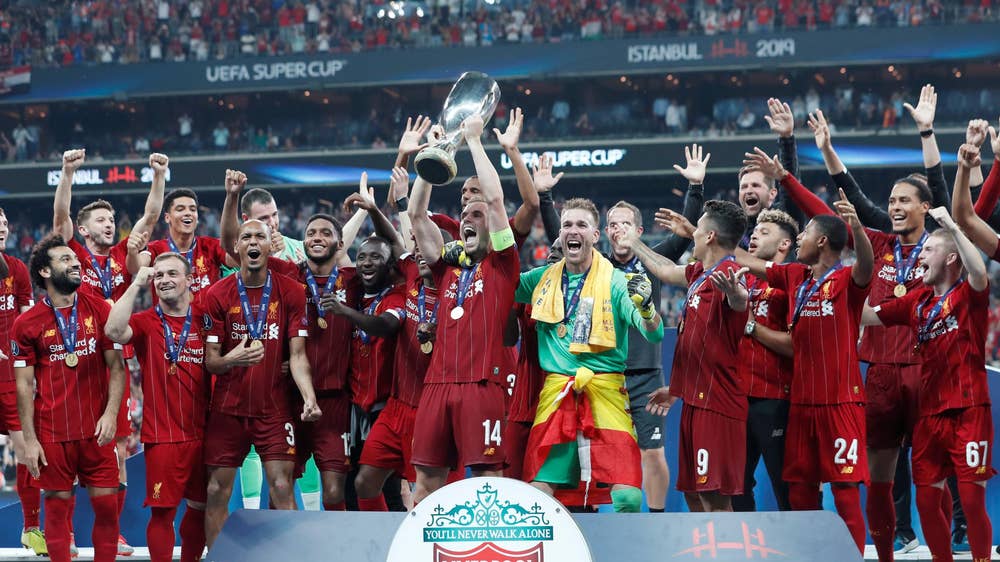 Liverpool won the Super Cup for the fourth time in their history by beating Chelsea 5-4 on penalties after a 2-2 draw in Istanbul.

Chelsea had taken the lead in the first half through Olivier Giroud’s clinical strike but Sadio Mane scored twice to give Liverpool the lead.

Jorginho’s spot-kick took the game to penalties, where Liverpool triumphed.

The win comes just two months after Jurgen Klopp won his first trophy as Liverpool boss when he led the Reds to a 2-0 win over Tottenham in the Champions League final.

Games between these two sides in Europe have historically been tight affairs, with just one of their 10 previous meetings having been won by a margin of more than one goal.

It was the same again on Wednesday night as the two teams tussled for 120 minutes in a game that did not finish until almost 1 am in Istanbul.

In the end, it came down to who could keep their cool in the sweltering heat and after nine excellent penalties, Abraham placed his shot too close to Adrian to hand Liverpool their first silverware of the season.

AYO ADESANYA SETS NEW DATE FOR 2 IN I CELEBRATION