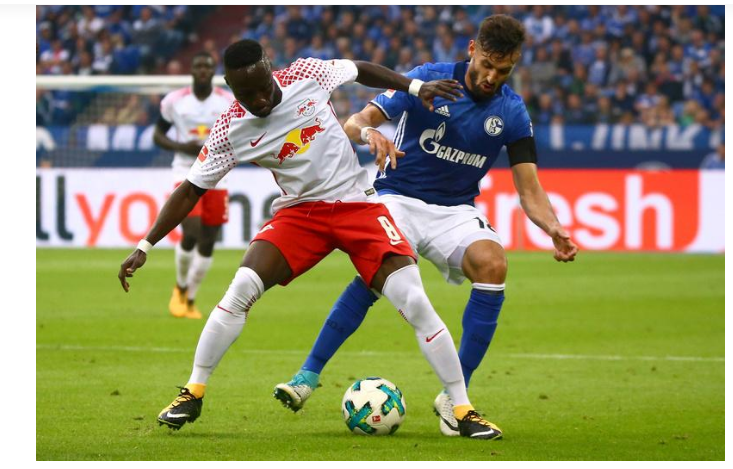 Liverpool future signing and RB Leipzig current midfielder Naby Keita has bagged a three-match Bundesliga ban after being sent off for a high tackle during Saturday’s 2-2 draw with Borussia Moenchengladbach.

The German football federation (DFB) said this Monday and also noted that the Premier League-bound player will not be eligible to feature in any Bundesliga organised competition for 3 straight games.

The Guinean was sanctioned for “rough play” by the DFB’s disciplinary tribunal after he went in with a high tackle on Gladbach’s Christoph Kramer, earning a straight red card late in the game.

“The player or the club has agreed to the verdict, so the verdict is legally binding,” said the DFB. There was no immediate comment from either the club or the player.

Keita will join English Premier League club Liverpool at the start of next season.