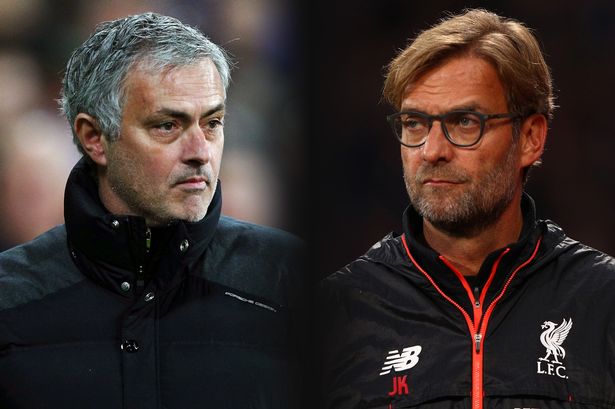 The Merseyside Reds were frustrated at home on Saturday as Mourinho’s United shut up shop, and were forced to settle for a share of the points in a 0-0 tie.

That result leaves Liverpool nine points adrift of Premier League leaders Manchester City and seven behind United after just eight games, and the 27-year wait for the title at

Anfield looks likely to be extended for another season.

Klopp, however, feels that imitating Saturday’s adversary is no recipe for success.

“Most things [Manchester United] did were completely clear. Why should I talk about them sitting back before the game? That’s not my job,” the German told reporters.

“Jose obviously did what he thinks is right, or what he wants to do, and that is OK. It doesn’t make life easier for us but I can’t moan and say ‘Come on, open up a little bit’. That’s not how it is.

“They want to win the league and I am sure we couldn’t play like this in Liverpool after 125 years without the title. We cannot sit back and say ‘Let’s wait’ — that is not possible.”

Despite trailing seemingly unstoppable City so early in the season, Klopp refused to lose his optimism after seeing another result go against Liverpool.

“We have to do whatever is necessary and we will be challengers,” he said.