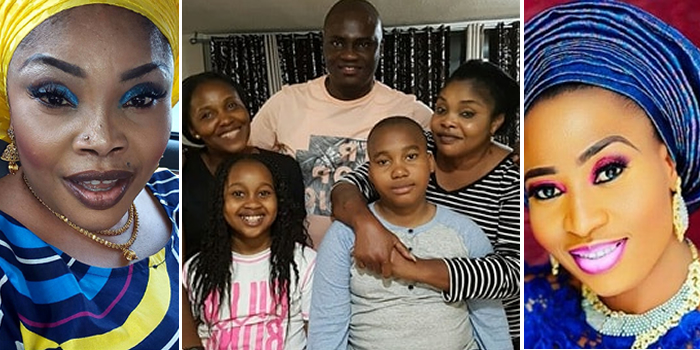 It’s been months of judicial battle between actress Lola Alao and late Aisha Abimbola’s estranged husband Victor Ibrahim. She finally won the custody case over the two kids of her friend and colleague “Keji and Lase” She is fully athorised to be their guardian.

It was revealed that Victor Ibrahim never had a cordial relationship with the children when their mum was alive, but was bent on having the custody of the kids after their mother’s death, which didn’t work in his favour.

Lola Alao has been taking care of the 2 kids since her friend died and during Aisha Abimbola’s lifetime, she gave custody of the kids to Lola Alao. After her death, the Canadian authority invited family members through a letter to Ibrahim Victor who happens to be in Nigeria to give his consent to Aisha’s last wish and agree to leave the kids with Lola Alao bluntly refused and decided to make a case out of it, which he eventually lost.

The deceased’s younger brother Ibrahim Musa on behalf of the late Aisha Abimbola’s family thanked Nigerians especially Abike Jagaban for standing by them during the court case with Ibrahim Victor, over the custody of the kids.

READ ALSO: LIZZY ANJORIN OPENS UP ON WHY SHE KEEPS TO HERSELF IN THE INDUSTRY

Why All CALABAR Women Are Forever Ageless – Sen. FLORENCE ITA-GIWA On Life @ 73