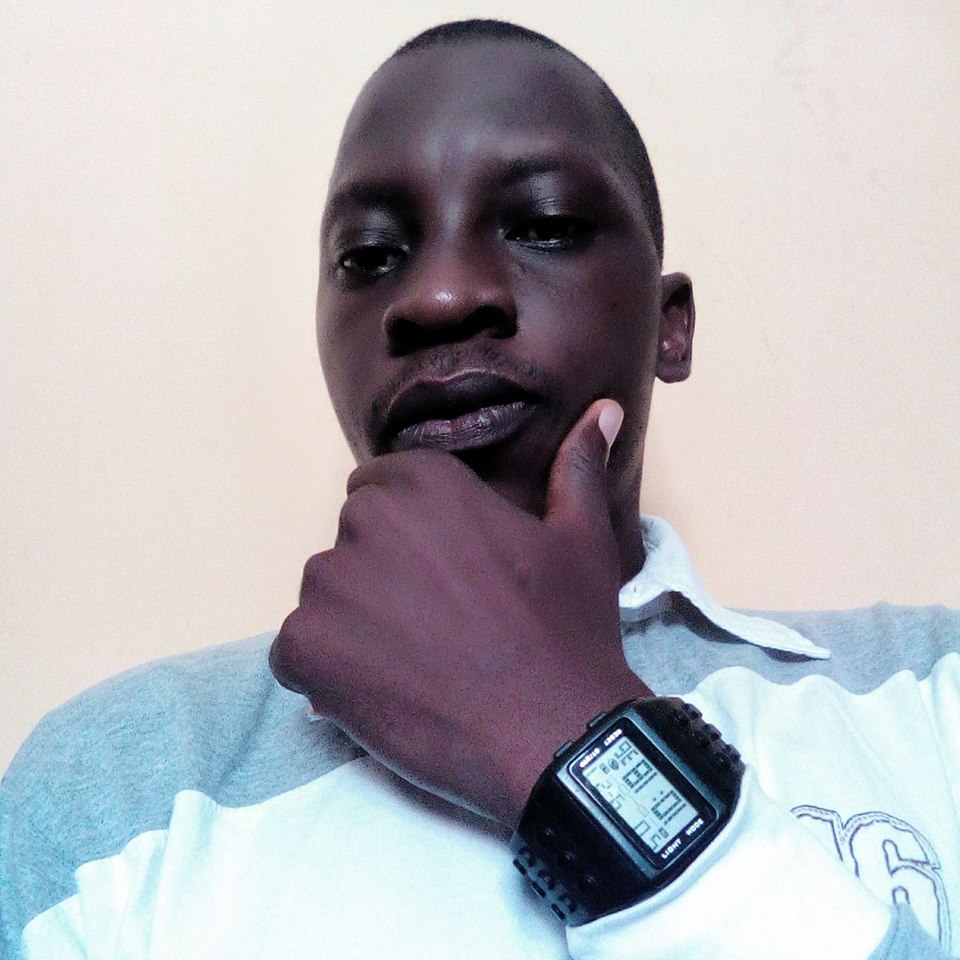 By the time we are able to conceptualize terms such as deterritorialization, interconnectedness and social acceleration we shall then appreciate why “the processes of change which underpin a transformation in the organization of human affairs by linking together and expanding human activities across regions and continents” was referred to as globalization (Held, McGrew, Goldblatt and perraton 1999,15).

Whatever happens socio-economically in a particular metropolis for instance, could directly or indirectly affect the people of another remote area within a short period of time. Moreso, since both intended and uncalculated activities of nation-states are not unconnected spartially in the modern time; we can therefore say that man is not only globally homo-politicus but also, homo-economicus, homo-socialis, homo-spiritualis and homo-scientificus.

Undeniably, botherless-world – economically, socially, and in terms of foreign political policies, is characterized with complexities in such a simultaneity with domestic irreconcilable realities in the face of compulsory or indispensable interrelationships among nations.
Originally, supra-national institutions (IMF, World bank, IBRD and etc) that came into being after 1945 signified the commencement of an era where world actors (in any material manner) could coexist peaceably and flourish, but the merits of such intermeshing domestic whims via international ideals are the offshoots of a ‘global world’ whose rule of play is characterized with acute inequality, secrecy and beclouded by unwritten lawlessness.

Consequent upon this, the world gradually tilts towards multi-polarity from the post-Cold War unipolar system, which is good in a way, because of the economic influence of Asians – Indian, Koreans, Japan, Iran and China; and also detrimental at the same time, if considered from the angles​ of rules of engagement and interest articulations.

World leaders cannot claim to be nescient of the uniqueness of the kind of problem that would ensue when the platform with which differences​ in propositions could be sorted is somehow fragmented and could also be described to be systematically becoming inertia. The above explanation is what was termed “the gridlock of globalization” by David Held (July 3rd, 2018).

Trying to understand the challenges of globalization from this perspective will reveal that, even, the extension of domestic liberal democratic tenets to the international economic system as espoused by some scholars cannot do much because of three reasons: one, sovereignty is pure in relation to states, two, power is relative and states are relatively possessive of the idea of power, and lastly, globalization is not an end in itself but rather, a means to an end.

Globalization is not only restricted to trade in commodities as many have put it. We also have services, ideas and virtual information, all these, are reliant on people as the determinant factor. Even the trade in focus is amazingly too voluminous, as such, making supply chains indispensable, which is one of the risks staring us in the face.

Tourism as a type of service for instance, has the risk of paralysing economies that depend on it in times such as “the great lockdown” as this because tourists cannot leave their home countries or go about. Information technology as a brand of product from any supplier could also be useless when the consumers are incapacitated because of a pandemic like coronavirus.

These are some of the reasons Ian Golding, a professor of globalization at Oxford University, said “risks have been allowed to fester, they are the underbelly of globalization” (The butterfly Defects, How Globalization Creates Systematic Risks And What To Do About It, 2014).

How then does globalization affects the present world economy and what should we expect after coronavirus must have subsided??

The type of globalization that is in vogue is heavily reliant on unrestricted and unmeasured interconnectedness. For me, what actually makes globalization dangerous to the various domestic economies of the world is the volume, extent, rate, speed, dependency and the ease with which so many life-involving activities are carried out at profit-making intentions.

It is axiomatic that the world is far more expanded and connected ideologically, in terms of trade, than what we can see physically on the maps. One thing that such issue has brought to bear is the fact that those who supply more of what is needed around the world simply become more relevant, and at the same time, more dangerous, whether we accord such status to them or not.

According to Prof. Beata Javorcik, the chief economist at the European Bank for Reconstruction and Development, for instance, he said, “when we look back at 2003, at the SARS epidemic, China accounted for 4% of the global outputs, now China accounts for four times as much, 16%. So that means that whatever is happening to China affects the world to a much larger extent”.

The world has come to a point where inflation, unemployment, scarcity, diseases, fashion, cultures, riots and all sorts of physical and virtual elements could be imported or exported from one country to another in the name of globalization.

This explains why Covid-19 is more rapacious than Covid-2 of 2003. In fact, if actors in the international environment do not identify, and also, treat with utmost seriousness​, the menace of uncontrolled dependency that we have sunk into as a global village, the next disaster that will happen to one or more of the major players in the international economic system is likely to have a more devastating effect on us all than the credit crunch of 2008 and that of Covid-19 put together.

As it stands now, economies have started nose-diving into recession. The U.S, Japan, South-Korea, India, Germany and France to mention a few have already started coming up with bailouts that could be deployed to cushion the effects of drops in their expected economic growths. In 2019, IMF forecasted 3.3% growth of the world economy, but a total reversal is what has happened just in the first quarter of 2020. ‘The Fund’ is preparing for a 5.9% decline of the world economy, while the EU economy is expected to shrink by 7.5% at the end of the year.

The implications of the percentage shrink to the British economy for instance is that, the Bank of England will be selling bonds worth £200b to the state. Tax relief of about £30b will be granted to the masses.

There will be an interest-free loans for a period of 12 months for medium scale businesses, and the state shall bankroll almost 6 million workers up to 90 days in wages and salaries after a subsidy of £100b must have been injected into the economy. (British Treasury Quarterly Reports, 2020).

Due to the adverse effects of the Covid-19 pandemic on various economies around the world, we have come to realize that there is a great imbalance in the current bases of world production, e.g., 70% of the supply of intermediate health equipment came from China; that is something to worry about.

We can also, vividly point out new positive trends in the sourcing of local raw materials, the idea of work from home gained primacy, tasking of the local financial markets, and as well as the adjustments of nation-state budgetary allocations to be in tandem with obtainable realities. The lessons learnt from the above is that major players in international trade should rely less on what is happening elsewhere in order to determine what happens to them domestically.

The applicability of the new values or lessons for instance, can be useful, in that, economies that are mostly reliant on loans could actually plan (if they are indeed sincere and serious with development and their people) without buying those economy-wrecking loans. Apparently, it is bitter to digest, but China as a major supplier of essential produce for example, made a lot of profit during the pandemic while the rest of the world is still languishing in the trauma of Covid-19.

The same China is a major creditor country while those indebted to her will still have to repay the loans with interests despite the great loss they all suffered as a result of certain catastrophe caused by the same China.

As a matter of fact, many issues need to be addressed in order that the world might not toe the path of the pre-second World War in the name of globalization.

The salient issues revolve around five cardinal points: One, the type and mannerism of leadership that is needed at the global scene; two, the idea of regulation and moderation of activities; three, the question of inequality and poverty of the third world; four, the issue of ambition and power tussle which is capable of throwing the whole world into chaos such as the case of Covid-19 and what to do if such arises, and lastly, the need to review some major pre-Covid-19 economic agreements, which if left as they were, could undermine whatever is being aimed at after working assiduously on the first four issues I highlighted above.

In conclusion, whether the pandemic remains with us longer than expected or not, many jobs will still be lost and some people will go on furloughs because many companies are already affected. Governments will draw up contractionary budgetary arrangements.

Investors, will as a matter of national security or necessity, re-shore and put larger parts of their money within reach domestically. Individuals will change some of their consumption patterns. In all, the same global system that brought about enormous profits, development and pandemic will be indirectly re-shaped; but it is better such review comes into conceptualization via a global platform that is devoid of lawlessness and chaos

LOOKING AT SOME CHALLENGES OF GLOBALIZATION AND THE POST-CORONAVIRUS WORLD ECONOMY (By Kay Aderibigbe) was last modified: June 1st, 2020 by Reporter