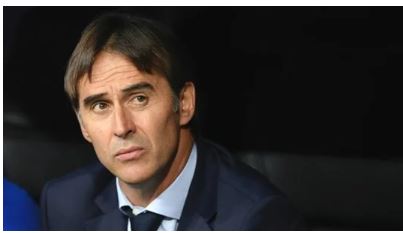 Real Madrid have announced that Julen Lopetegui, will take over as manager after the 2018 World Cup.

Lopetegui is currently with Spain national team, preparing for the tournament.

“Julen Lopetegui will be the coach of Real Madrid after the 2018 World Cup in Russia.

“Real Madrid CF announces that Julen Lopetegui will coach the first team for the next three seasons.

“Julen Lopetegui will join the club after the participation of the Spanish team in the World Cup, after two years leading the national team,” a club statement read.

This brings an end to speculations surrounding who would replace Zinedine Zidane as manager at the Santiago Bernabeu.

Zidane resigned from the position last month, after winning a third consecutive Champions League title with the LaLiga giants.