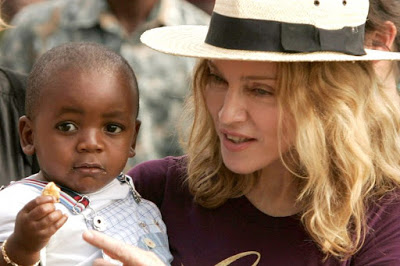 Madonna has been granted permission to adopt twin girls from Malawi less than two weeks after denying she was looking to expand her family.

The Like A Virgin popstar has been granted an adoption order for twins Esther and Stella, four, by the Malawi High Court, and is free to take them to the US.

Madonna will be under observation by the court for a year before the adoption process is finalised, and a home study must be submitted to authorities.

The court proceedings took place in Judge Fiona Mwale’s chambers with no media allowed to witness what was happening.

Madonna filed for adoption of the twins on January 25 – but denied the claims that same day.

The singer insisted at the time she was not adopting more children, following claims she made the application in person during a visit to the country’s capital city of Lilongwe, according to AFP.

Madonna is already mother to Lourdes, 19, her daughter with ex Carlos Leon, son Rocco, 15, from her marriage to Guy Ritchie, and David Banda, 11, and Mercy, also 11, whom she adopted.

“Madonna has a deep affiliation with Malawi and has always wanted to do what she can to help those in need.

“Not only does she oversee her charity she is determined to try and give it’s children a better life.”