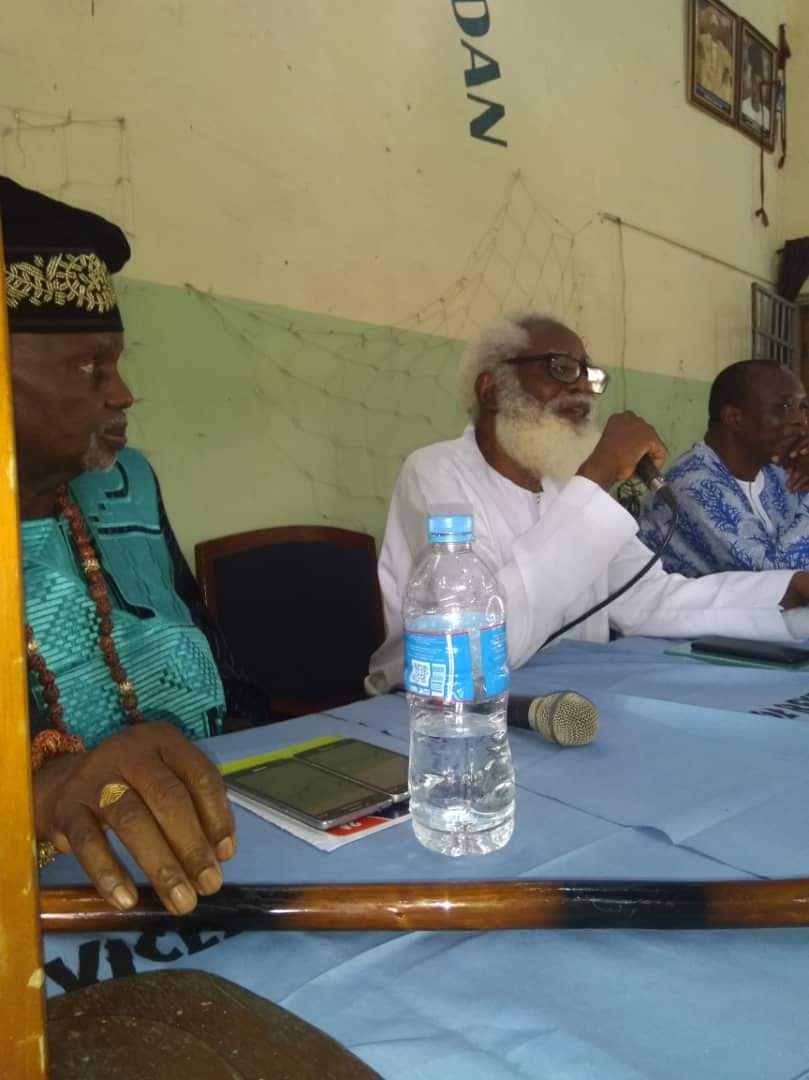 Present at the meeting were its three conveners, Dr Yemi Farounbi,a former General Manager of the WNTV/WNBS,Ibadan,and also a former Nigerian Ambassador to the Philippines,Chief Ayo Fasoro,a former Director of Programmes at the WNTV and Oloye ‘Lekan Alabi,a former senior reporter and presenter/ producer of the personality interview ,”Speak-Out”on NTV,Ibadan and some former staff of WNTV/NTV/NTA IBADAN,from the 1950s to the late 1990s.

The meeting deliberated upon and approved its set objectives below, among others
(1)Publish a well-researched book on the history of WNTV, the first television station in Africa
(2)Publish an academic book on the roles of television in Africa
(3)Organise and hold a befitting WNTV IBADAN ALUMNI NIGHT on 31st 2019 60th founders day of television in Nigeria and Africa and
(4)Establish a world-standard Television Academy in Ibadan will train professional and academic courses. The proposed Television Academy be to a renown university.

In the course of the meeting, Oloye Alabi received a private telephone call from Chief Foluke Solanke, the first lady Senior Advocate of Nigeria (SAN)who was also the first and only Chairman of the WNTV/WNBS.
In the course of their private telephone conversation, Oloye Alabi intimated Chief Solanke with the meeting and its set objectives, with which she .
Chief Solanke spoke with Dr Farounbi which Oloye Alabi obtaining her kind consent Chief Solanke on the she addressed the gathering.
She praised the initiatives of the three conveners of the meeting and the enthusiasm of the respondents. Chief Solanke further her willingness to contribute to the documentation of the evolution of television in Africa vide the establishment of the WNTV in 1959.
In his closing remarks Farounbi thanked the Executive Council and Members of Omo Ajorosun Club making the facilities of the club available of charge the use of the attendees of the meeting.
The next meeting of the former staff of the WNTV/NTV/NTA hold at the same venue on the 19th 2018 11.00am willing.
Signed
Oloye ‘Lekan Alabi
Agba Akin Olubadan of Ibadanland
INTERIM CHAIRMAN
PLANNING COMMITTEE OF THE DOCUMENTATION AND 60TH ANNIVERSARY CELEBRATION OF AFRICA’S FIRST TELEVISION(WNTV IBADAN)
PHOTOGRAPH CAPTION
L-RLekan Alabi. Yemi Farounbi and Chief Ayo Fasoro at the maiden exploratory meeting of former staff of WNTV/NTV/NTA IB
at the Omo Ajorosun Club State of Nigeria, on Tuesday,4th  2018.