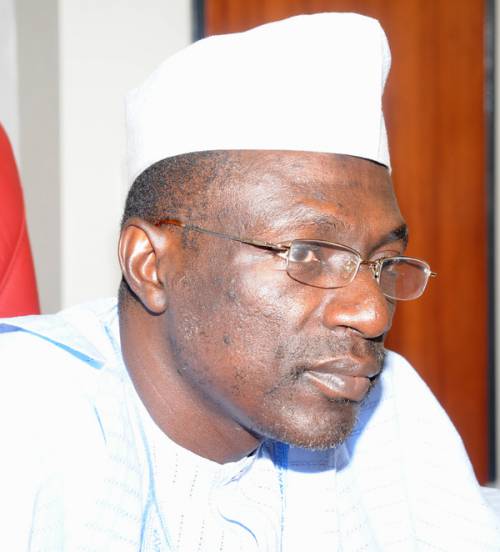 The crisis rocking the opposition Peoples Democratic Party (PDP) has taken a new twist as some top members of the Senator Ahmed Makarfi faction are said to have applied to the Independent National Electoral Commission (INEC) to register an alternative platform.

Our correspondent gathered that if all goes well, the new political party would be known as the Advanced Peoples Democratic Party (APDP).

An investigation revealed that the aggrieved PDP members approached the commission with an application shortly after the judgment of the Port Harcourt High Court which sacked the Makarfi led caretaker committee in favour of Sen. Ali Modu Sheriff’s faction of the party.

At present, INEC has no fewer than 50 applications from various interest groups seeking to be registered as political parties.

It was, however, gathered that INEC was not disposed to the registration of the APDP in order not to throw up a fresh political scandal that would taint the image of the commission.

A top official of the PDP who confided in Daily Trust yesterday said that INEC initially resisted the move to register the new party by arguing that it would be wrong for the commission to register a party with similar name with the PDP.

The source, who would not want his name in print, said the commission later accepted the application for the new party last week to commence the process of registration.

“We are making alternative efforts to register a new political party ahead of the 2019 elections.  Initially, INEC was trying to dismiss it on the ground that the new name had PDP in it but we pointed out to them that our party is different in that it has ‘Advanced’ added to the PDP, which is not the same as  PDP.

“We have started the process; at least the application is with them. That is the first phase, and they have not contacted us for the second phase, which is the payment of the requisite N1 million and fill their form,” the source said.

Contacted, the Chief Press Secretary to the Chairman of INEC, Mr Rotimi Oyekanmi, said that he was not aware of the application to register the new party.

‘My wife slept with her ex-husband on our matrimonial bed’, man tells court