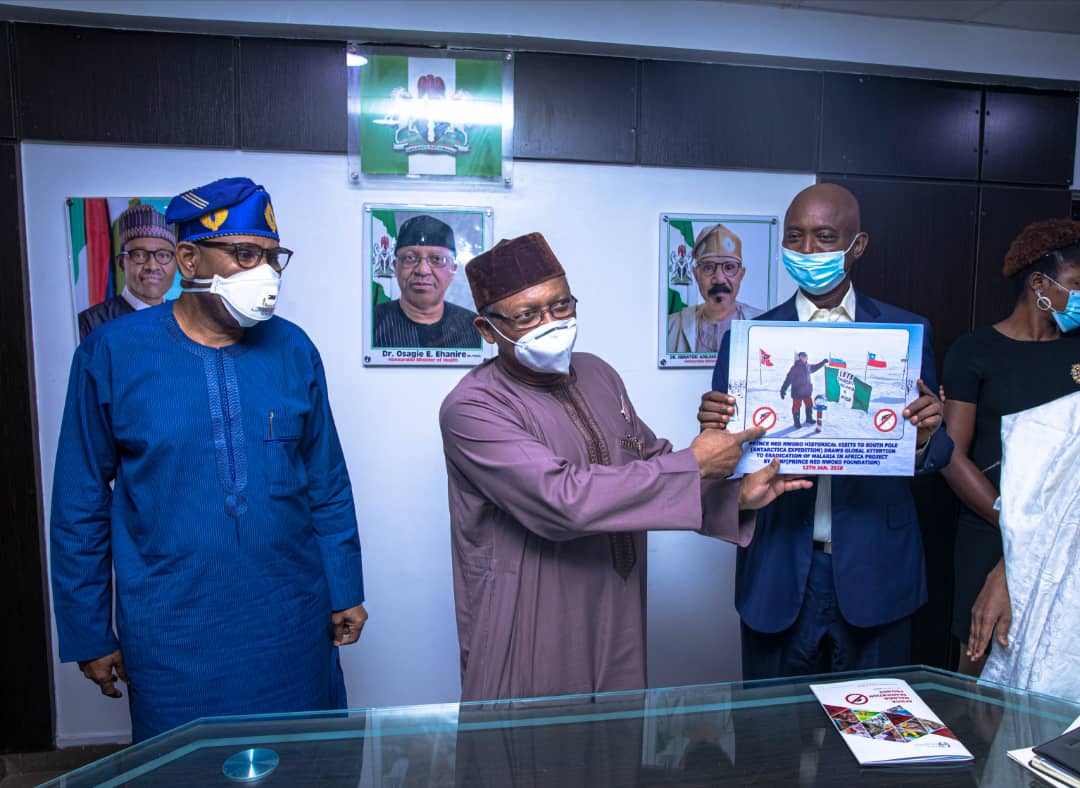 According to world health organisation, every two minutes, a child dies of Malaria in Africa. Government, cooporate bodies and individuals have employed methods to minimize or prevent malaria especially in Nigeria. One man who has initiated ways of total eradication of malaria in Africa starting with Nigeria is the Billionaire and Antarctica explorer, Prince Ned Nwoko.

He presented the Malaria Project to the Honourable Minister of Health, Dr Osagie Ehanire and Minister of State for Health Dr Adeleke O. Mamora and further discussed ways of collaborating with the Ministry on the Prince Ned Nwoko Malaria Eradication Project. Ned stressed that Environmental Sanitation, Advocacy, Malaria Vaccine Development and Fumigation of the entire country will put a permanent end to the scourge of malaria in Africa.

The Minister praised the Antarctica explorer and initiator of the Ned Nwoko Malaria Eradication Project, Prince Ned Nwoko for his resilience in pursuing this initiative and assured him that the Ministry of Health will be willing to partner with his foundation through the National Malaria Elimination Programme (NMEP).

Dr Osagie also mandated that a technical working committee should be set up to liaise with the Prince Ned Nwoko Foundation so as to come up with a roboust and formidable plan to get rid of Malaria in Nigeria. Notable in the remark of the Minister of State for Health thus: ‘for a Nigerian to start a fight of this nature to end malaria in Nigeria and Africa, it is something Africa should be proud of’.

Ned also shared his Antarctica experience with the Hon. Minister and his team as well and presented him with an album that document his exploration as the first black African to the south pole in Antarctica, raising global awareness on the scourge of malaria in Africa.

THE RELEVANCE OF JANUARY 14 IN OYO BY ERIC TENOLA