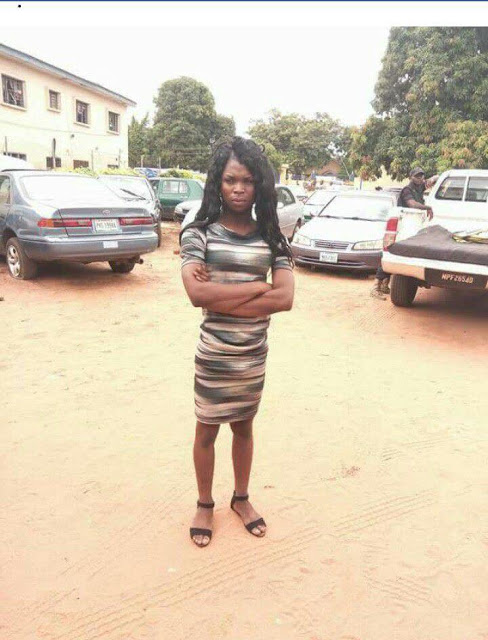 A young man in the habit of dressing like a woman to have sex with men in Makurdi has been nabbed by the Benue state Police Command, on Wednesday after he was caught at a brothel.
According to media reports, the man reportedly confessed that an old man initiated him five years ago and promised that he will become a millionaire after twelve years, adding that he has slept with so many people in Abuja, Jos, Kaduna, Kano, Lagos and other states.
Man Who Disguises as a Woman to Have Sex With Men Arrested in Benue State was last modified: June 15th, 2017 by Arinze Ago