The man who escapes jail term for murder, killed moments after he’s released 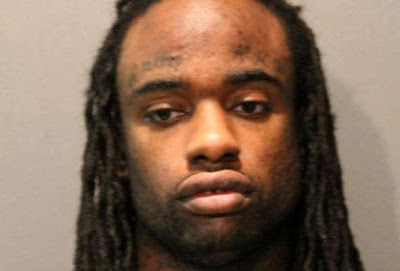 Kamari Belmont, 23, from Chicago was accused of murder and robbery but he had his charges dropped and walked free when prosecutors could not give him a speedy trial. Soon after Kamari left the Cook County Jail on Monday night, he was killed.

Kamari was accused of shooting one man during a robbery who died eventually and robbing another man hours later on May 1st, 2015. However, in January 2017, Cook County prosecutors dropped the murder charge against Kamari and his co-defendant, Terrence Hogan, also 23, on the grounds that too much time had elapsed without the case being brought to trial, under the state’s speedy trial statute. For his robbery charge, a bail was set at $100,000.

On Monday night, someone pulled up in a white SUV alongside Kamari on California Avenue, a couple of blocks south of Cook County jail and started shooting. Kamari was hit multiple times and he died at the scene while the white SUV crashed and everyone inside fled.

Kamari’s lawyer was shocked when he heard about his client’s death and revealed he had told him to leave the neighbourhood once he got out of jail. He said he did not believe that the killing was street justice because the original murder and robbery case which led Kamari to jail were not gang-related.

The man who escapes jail term for murder, killed moments after he’s released was last modified: March 9th, 2017 by Reporter