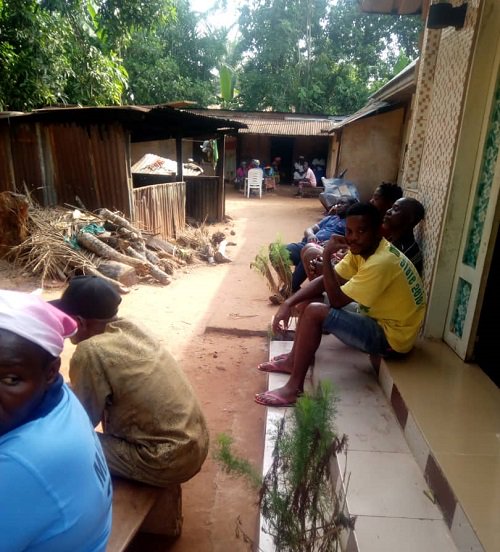 A 29-year old man has met his untimely death while separating a brawl between a couple in Umueze village, Isuaniocha, Awka North Local Government Area of Anambra state.

The incident which occurred at the wee hours of the Tuesday, threw the people of the area into mourning.

The Nation gathered that the deceased, Bonaventure Mkpume, the only son of his parent, had been happily married for about four years, though without children.

Narrating her ordeal in tears, the deceased wife, Mrs Chinenye Mkpume, demanded for justice on the killers.

She said they had already gone to bed when she got an invitation by a female friend to assist in settling marital scores.

She said, “We were at home when one of our family friends called me on phone that the husband was beating her.

“I had wanted to go alone but my husband insisted on going with me not knowing it would be his last day on earth.”

According to her, the distressed friend, unknown to her, had also invited some boys to their apartment for reasons best known to her.

“We were still making peace between the couple when some boys, numbering five, with familiar faces stormed the scene with axe and machetes.

“They pounced on my husband standing in front of the gate and cut off one of his arms and neck,” she said soberly.

Mkpume however revealed that the woman that invited her quickly dashed inside the house with her husband and locked the gate, leaving two of them to the mercy of the assailants.

She said the deceased ran into the bush with one hand and several machete cuts, adding that all alarm raised were futile as nobody came to their rescue.

The Nation gathered that the deceased later gave up in the hospital where he was taken to.

Mother to the deceased, Mrs Grace Mkpume who could not hold back her tears, also called for justice to be done to those involved in the only son’s death.

Police Public Relations Officer, Mr Haruna Mohammed, when contacted, said he was yet to be briefed by the Divisional Police Officer in the area on the development.