A mentally unstable man was mobbed by angry youths for allegedly killing his mother in Kumba Cameroon.

In a video, which has gone viral online, the deceased appeared to be reading a bible before she was gruesomely hacked to death by her son. 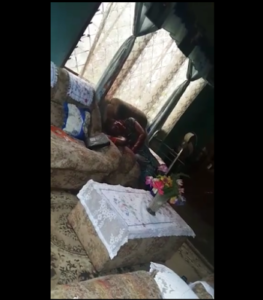 The alleged mentally unstable suspect was seen been mobbed by the aggrieved crowd while a security agent stood and watching..

Man kills his mother while reading bible [VIDEO] was last modified: May 10th, 2017 by Reporter