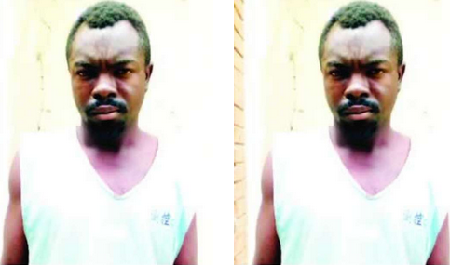 The Nigeria Security and Civil Defence Corps, NSCDC, in Niger State has arrested a man for allegedly pouring boiling water on his mother, causing serious injuries on her body.

Mr Philip Ayuba, Corps Commandant in the state, who disclosed this in Minna, yesterday, said that the suspect, who lives on Okada Road, Minna, after his arrest and interrogation, was believed to have committed the act under the influence of alcohol, tatolin and cannabis.

He said: “The culprit did not show any sign of regret for his action as he confidently accepted the responsibility of pouring hot water on his mother.

“He had attempted to kill his mother twice in the past by hitting her with a stone and stabbing her with a knife while under the influence of drugs,’’ the commandant said. Ayuba said that the suspect would be charged to court after completion of investigation.