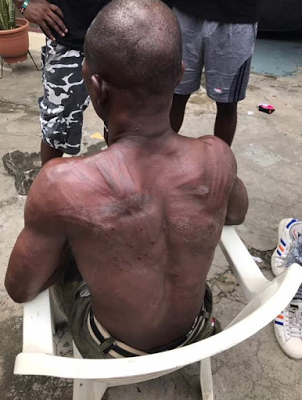 According to a twitter user, @Afolashade_, the brutalized man sitting, simply identified as James, is a house cleaner who stole $2,600 from his employers. Luckily, they were able to recover $1,300 from him. The balance was however already spent with his girlfriend receiving more than his family. James sent ₦5000 home to his mother in Aba, His brother, ₦7000, His wife and two kids, ₦35000, a friend $600 and his girlfriend, $1000. 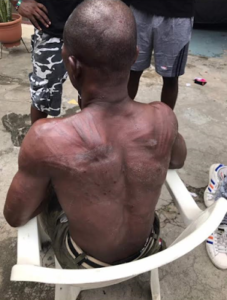 Apparently, he searched the bookshelves in the house while cleaning and took all the foreign currency he came across. He picked it all at once and forgot to arrange the books properly, coming back to the same house later on with courage. During the interrogation, he refused to give up the identity of his girlfriend and was badly beaten. 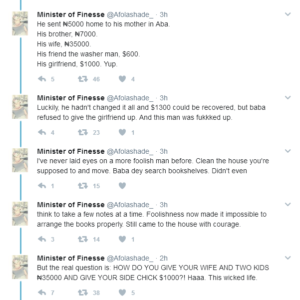