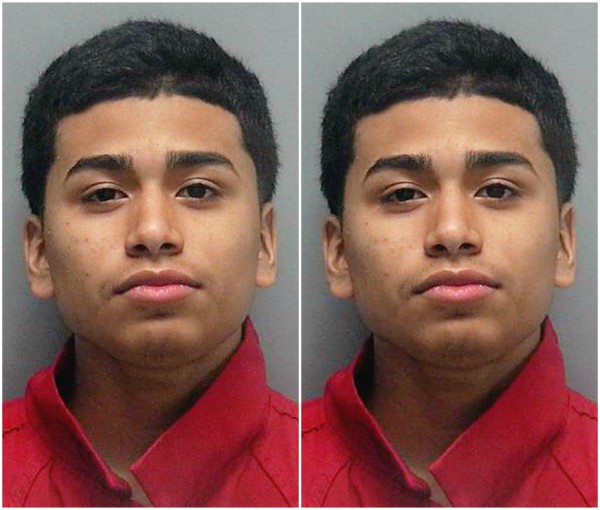 A Florida man has been charged with trying to suffocate his pregnant girlfriend over an argument about what to name their baby.

Raul Lopez, 18, and his girlfriend got into a heated exchange at a Walmart Wednesday after he suggested their baby be named after him. His girlfriend wasn’t too fond of the idea, WBBH-TV reported.
When the couple arrived at their Fort Myers home, the fight escalated, and Lopez’s girlfriend locked herself in a room, the Lee County Sheriff’s Office said.
Lopez allegedly broke into the room after removing the door knob and began suffocating her by covering her mouth and nose until she lost consciousness, the station reported.

Lopez’s mother heard the commotion and then called the police. The baby wasn’t injured, officials said.

Lopez has been charged with aggravated battery and domestic battery by strangulation. He has since been released and is scheduled for a court appearance on July 10, according to county records.

Man tries to choke pregnant girlfriend because she refused to name baby after him was last modified: June 9th, 2017 by Reporter