Man United Not Yet Among EPL Title Contenders- Peter Schmeichel 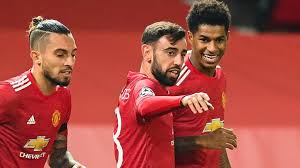 Schmeichel who played alongside Solskjaer at Old Trafford told BBC that he is not sure his old side are “quite there yet” but believes they are not far away. Meanwhile he gave advice on what the team could do to remain on top.

He said the club needed to make top signings to put the team among the title challengers.

“If we could add players like (forward Erling) Haaland from Dortmund or (defender Dayot) Upamecano from Leipzig I would say then we would be championship challengers,”

Ole Gunnar Solskjaer’s men beat Burnley at Turf Moor courtesy of a Paul Pogba goal to move three points clear of champions Liverpool after 17 games. This was the first time United had ended the day top of the table so far into the season since their last title-winning campaign in 2012/13 under Alex Ferguson.