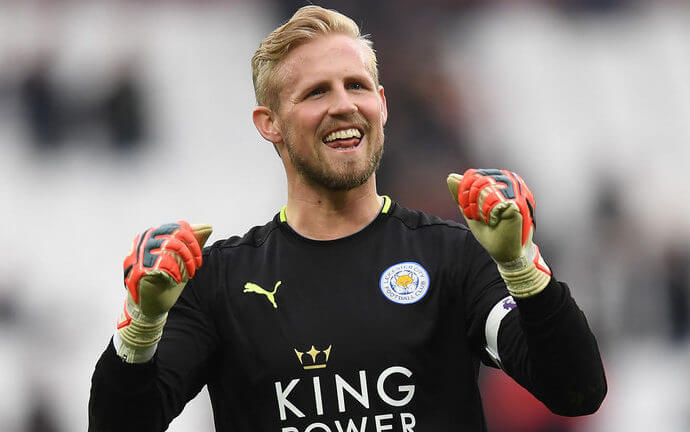 Manchester United have taken the lead over Manchester City in the chase for Kasper Schmeichel.

Sky Sports reports the Leicester City goalkeeper is United’s first choice to replace David de Gea if, as expected, he heads back to Spain to join Real Madrid.

Schmeichel signed a new five-year deal at the King Power Stadium last summer but may struggle to turn down a lucrative offer from either Manchester club.

And last month A Bola newspaper in Spain reported that if Real Madrid fail to land De Gea, then Schmeichel could well be their next target.

De Gea, who was recently selected in the PFA’s Team of the Year for the fourth time, sights Schmeichel’s father Peter as one of his heroes when growing up.

Schmeichel came through the Manchester City youth programme and had loan spells at Darlington, Bury, Falkirk, Cardiff City, Coventry City and Notts County before moving to Leeds and then Leicester.