Home News How I Have Managed TUFACE For Over A Decade- His Manager, EFE OMOROGBE
News

How I Have Managed TUFACE For Over A Decade- His Manager, EFE OMOROGBE 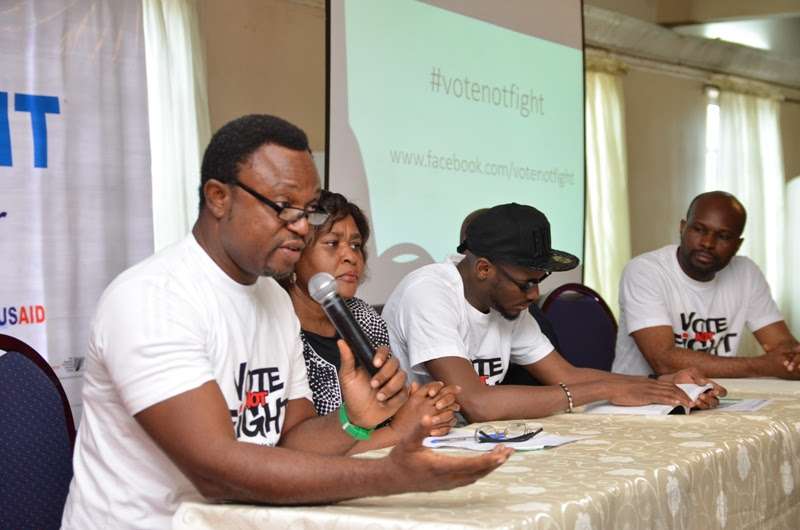 In the music industry today, Efe Omorogbe certainly needs no introduction. He is the hugely respected and accomplished founder and CEO of Now Muzik, one of Naija’s most successful music management and record label company that has handled the career of some of the biggest names in the industry. The likes of Timi DakolO, Sunny Nneji, Tunde & Wunmi Obe (T.W.O) and Africa’s music legend, Tuface Idibia, are a few of the stars whose remarkable careers Now Muzik has handled. But, perhaps, the biggest job that has shot Efe Omorogbe and his Now Muzik team to greater prominence is their management of Tubaba’s illustrious career.

Tubaba is an Icon in African Contemporary music, and he had gotten to a point in his career when he needed a top-of-the-range management team that can help re-invent him and guarantee longevity of his incredible career- that management team had to be Efe Omorogbe and his Now Muzik egg heads. in this interview with City People’s WALE LAWAL, the extremely intelligent and fiercely focused Efe Omorogbe takes us through the grill and dynamics of music management and the challenges that come with managing a star as big as Tuface whose career has been directly under his watch for over a decade. Enjoy excerpts of the interview.

It is believed that you came into 2Baba’s career at the most critical moment and he’s gone on to wax stronger and stronger ever since, what’s the secret? How have you been able to make this brand, which by Nigerian standards should’ve been consigned to history, remain relevant after so many years?

He’s been a blessing to work with. I’ve said this four million times and it’s not PR. What we’ve done working with Tuface, we have tried to do working with other people in all honesty. And these people are not necessarily less talented, but we technically were not aligned. There actually was a time in our history when there was some level of misalignment between Now Muzik and Tuface, around 2007.

It was like a two year break, then he came back in 2009. Now, why did that happen? Because we had a clear idea how we wanted to run this. At that point, the artist had a slightly different direction of how he’d like to run stuff, and I know I’m not a deeply religious person but I know the good book says, how can two work together when they don’t agree?

A house divided against itself would not stand. So, the key thing is, he’s a fantastic guy, he’s immensely gifted, maybe of equal importance is his understanding of the business. The understanding that, as a songwriter, as a performer, he might be very great, but if he doesn’t find an equivalent within the management label structure conversation, the talent part of his career would not achieve its maximum potential.

So, the size of your potential requires that you find the right quality of management back up, and not just management but your entire team. Your legal team, your Accountant, you know, its big business globally. The problem is that too many times the artist thinks it’s about himself. The great thing is that he has done 2Baba very well, and he has allowed us do Now Muzik and Hypertek very well.

That’s the key thing and it’s not been without a few issues, but we sit down and we talk about it and he understands where we’re coming from. He has been smart enough to find quality people and allow them do their stuff. I have reached within and outside my team to get proper legal support, proper PR. The 2Baba team is enormous. There are people in far flung cities that we haven’t spoken to in months, these are people that will push and defend the 2Baba brand with their blood. He’s that kind of person. People gravitate towards him. People love him genuinely because he’s respectful.

He’s a special guy. A lot of what we’ve been able to do with him, if he had not allowed us work, we would not have been able to get that much done. That’s the simple truth, there’s no magic.

Do you honestly think we can get another 2Baba, say in the next ten years or thereabout, someone who can give us the kind of quality music and longevity that he’s given to us?

Everyone has a different kind of mix, everybody has a different direction. Few months ago people were saying, Tuface chickened out of a protest and all sorts, and I was laughing. I was laughing because if you’re upset that he did not go out there to risk the life of Nigerians for a protest, then you don’t know the brand. If you know the brand, you’ll know that 2Baba is not an activist, he is a peace ambassador.

His life, his conduct even with dealing with criticisms or even attacks from ex band mate, his position has always been peace first. So, if he got upset one day and said the government needs to listen to us, and in the course of that conversation he had proof that the government has actually listened to us, and he didn’t have to go out there and risk the lives of ordinary Nigerians to make a statement that has already been made, what he’s doing is reaffirming his brand.

He’s staying true to his brand which is Peace Ambassador, a peace maker. So, there may never be another Tuface, but there are going to be some great person who’s doing music in his own way.

And there are too many of them out there. Timi Dakolo for example, is outstanding. I don’t see Timi Dakolo going anywhere. Because he’s not mainstream pop, he probably might not hit the dizzying heights of a Davido or Wizkid, or even a Tuface, but fifty years from now, a Timi Dakolo will stand on one spot with a microphone and perform and people will be blown away. There’s a lot of quality out there. Omawunmi is amazing. Waje is one of the best vocalists on this continent. Watching Waje perform on stage is a mind blowing experience for me. MI is incredible. His thought process is on a whole different plane. So, there are loads of young people out there who have the potentials to be whatever they desire to be.

One last question, Efe, and I’ll like to put you on the spot here. Will there ever be an end in sight to the Tuface Vs Blackface rift?

I’m an optimist, I hope for that. I hope for that because it’s an absolute waste of time and energy. I hope for it but it’s not up to us to deliver. What we’ve basically just said is stop the smear campaign, next time you make a statement that is defamatory we will seek legal redress.

That, in itself, is not settlement, that is cease and desist. However, if there’s going to be settlement, it’s going to come from the aggrieved party deciding to seek some kind of reconciliation. There’s no way I can profit from Blackface’s discomfort. I usually don’t even talk about him, I have put out a statement out there and I refer people to it so they know my position. I do not have any reason not to hope for a settlement. Blackface is not minus Efe. We’re not contending, we’re not business rivals, so there’s really nothing between us.

I don’t want to speak for 2Baba but the fact is that the guy is…I don’t even know how to describe him. Sometimes, people offend him and it’s the people around him that are angrier than he is. He meets the person somewhere and he’s cool with it and people will be asking, you don forget say na this guy offend you?  He doesn’t have the time and energy for hate and anger. So, I hope that with time, we’ll finally be able to put all of this behind us.

How I Have Managed TUFACE For Over A Decade- His Manager, EFE OMOROGBE was last modified: September 18th, 2017 by Wale Lawal