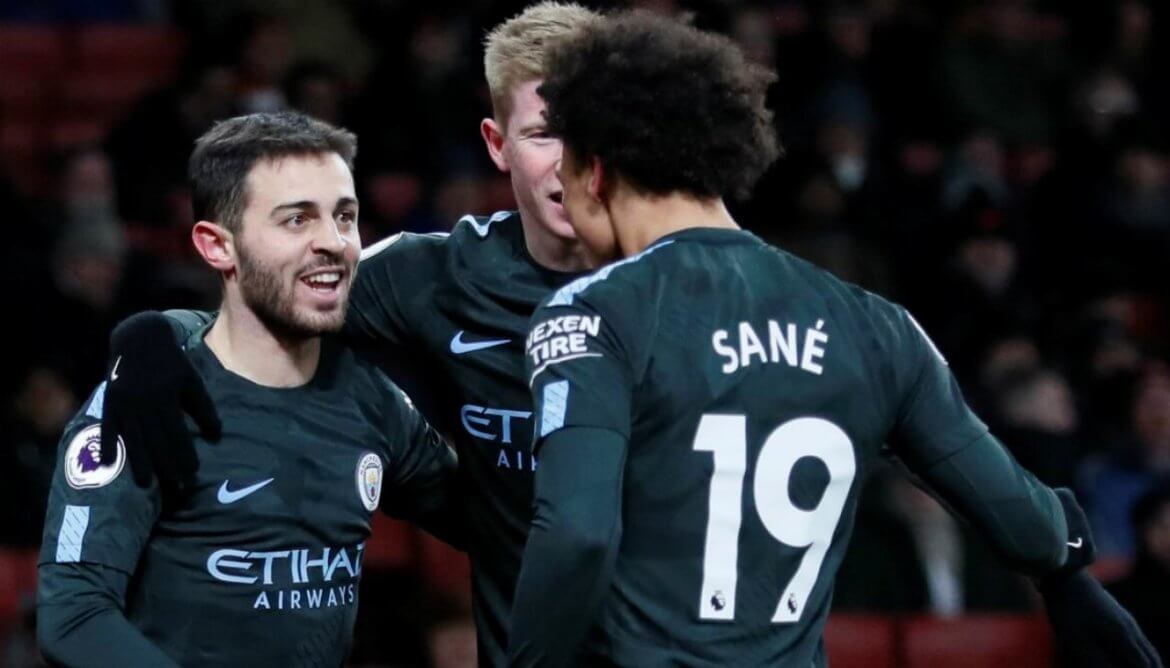 Manchester City have extended the gap on the Premier League log to 16 points after comprehensively beating Arsenal for the second time in five days on Thursday night.

Goals from Bernardo Silva, David Silva and Leroy Sane at Emirates Stadium extended saw the sky blue Manchester trample over the Gunners in more or less a usual fashion.

With 10 games remaining, they need five victories to secure the title.

“It’s in our hands, we can’t deny it,” Guardiola said.

“These are the last steps to be champions. You keep going until the end.”

After beating the Gunners 3-0 in the Carabao Cup final on Sunday, City dominated in a toxic atmosphere in a stadium featuring large areas of empty seats.

Bernardo Silva opened the scoring in the 15th minute, beautifully curling in a left-footed strike into the far corner after Sane’s mazy run.

David Silva finished off a fine team move in the 28th minute for City’s second before Sane did the same five minutes later.

Arsenal had the opportunity to cut the deficit shortly after half-time but Ederson saved Pierre-Emerick Aubameyang’s penalty.

“We played with low confidence, you could see that at the start of the game and we paid for it,” Arsenal boss Arsene Wenger said.

“We lost to a team that is the best in the country at the moment.”

City’s victory – in Guardiola’s 100th game at the club – extended their lead over second-placed Manchester United, while Arsenal stay sixth, 10 points off the top four.