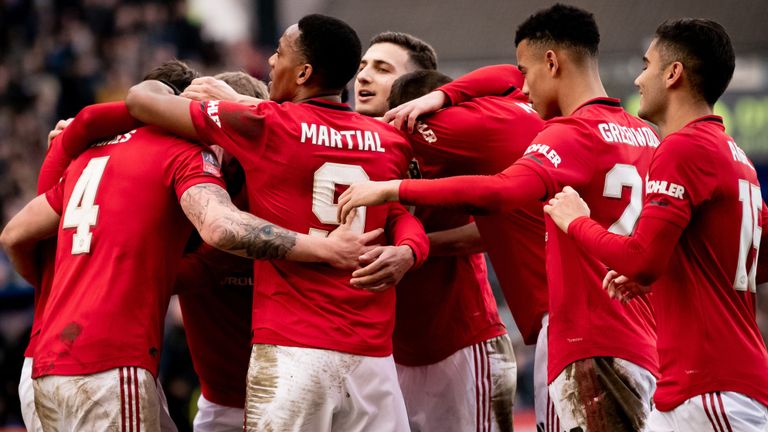 United scored five times in an amazing first-half at Prenton Park, with skipper Harry Maguire and Diogo Dalot scoring their first goals for the club and Phil Jones getting his first since March 2014 under David Moyes.

Jesse Lingard and Anthony Martial were also on target in the first period to give the 2,000-strong visiting support a high point in an otherwise tortuous season.

But they also spent five minutes chanting against the Glazer family and Woodward, who was not at the game. The chants appeared to be sung by the vast majority of United fans and ended with “We’re Man Utd, we’ll sing what we want”.

United’s fans are annoyed at what they view as a lack of investment in the team, a long-held belief that has grown during the current transfer window with the team fifth in the Premier League and in obvious need of reinforcements but the club has yet to make a signing.

They did not need additional assistance today, with Mason Greenwood adding a second-half penalty as United scored six for the first time since 2011 when Sir Alex Ferguson was still in charge.